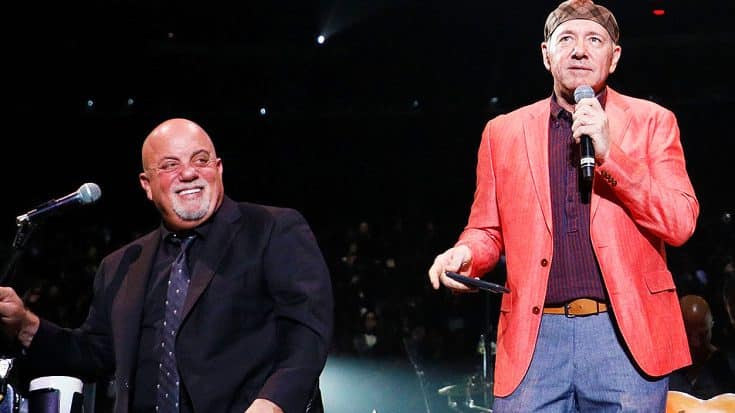 Who knew Kevin Spacey could sing!?

When you think of New York, many things come to mind: the Empire State Building New York Yankees, taxi cabs and Maddison Square Garden to name a few. One name that has become synonymous with Maddison Square Garden, is Billy Joel. Billy is a regular at the Garden, and recently he played his 86th career show in the building.

Since Billy Joel practically owns the arena, he can pretty much do whatever he wants during his performances there. His latest move, was bringing up actor, and friend, Kevin Spacey on stage to sing with him on his ever so popular hit “New York State of Mind.”

Fun Fact: “New York State of Mind” was never released as a single. It wasn’t even a huge hit!

Kevin strutted on stage shortly after the song began, and traded verses with Billy during the song. His voice is actually surprisingly decent! This isn’t the first time that he and Joel have sang together, though. In the past they have done duets, but this has to be the best one!