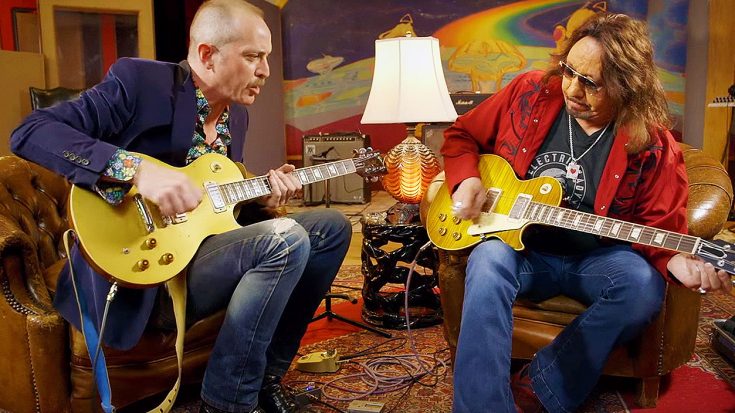 KISS may be one of the most over-the-top, and interesting bands in the history of rock n’ roll. So over-the-top that many people overlook each band member’s incredible talents as individuals, especially guitarist Ace Frehley. “The Spaceman” could quite possibly be mentioned in the top rankings as one of the best guitarists in classic rock history! What a lot of people don’t remember, however, is that Ace was not the original guitarist for KISS. He joined the band a short time after they got together, therefore he had to audition!

Ace stopped by Electric Lady Studios in New York to talk with Noisey. During his interview, Ace detailed the audition process he went through.

“I auditioned for them on 23rd street…It was just Paul, Gene and John. The first song they played for me was ‘Deuce.’” Ace went into detail about how he didn’t know the song prior to the audition, and played along by improvising every riff he could think of! “Gene and Paul have said in statements that after they heard me, they knew right away that I was the one.”

That’s some high praise for someone who was literally just winging it! Following his answer, Ace starts playing an incredible solo that will just melt your face off! The solo solidifies that he is extremely underrated and overlooked!