AC/DC Dust Off This Classic For The First Time In Over 30 Years! 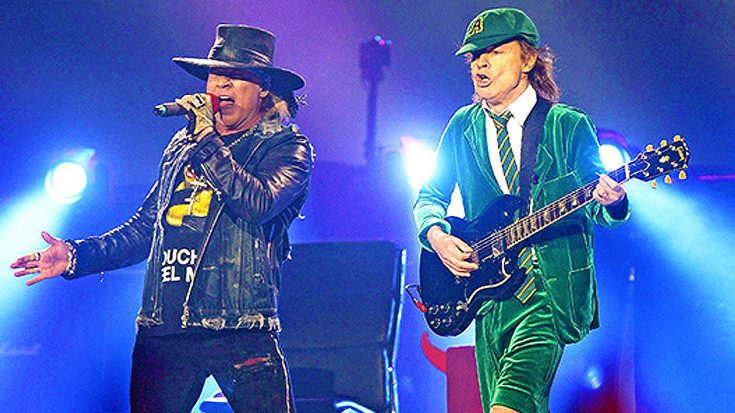 It’s been a long time since we’ve heard this one!

After a long 2 and a half months, AC/DC finally returned to the stage! Over the weekend in Greensboro, NC, the band played their first show since June and welcomed fans back by playing their classic “Live Wire” for the first time in almost 34 years. The song is off the band’s 1975 hit album T.N.T., and was last performed on October 9, 1982. For the lucky fans in attendance at Saturday night’s concert, they were able to witness this classic in the flesh once again!

Earlier this tour, AC/DC performed “Touch Too Much” off of Highway to Hell for the first time since Bon Scott’s death.

The band broke for 2 months so that replacement singer Axl Rose could tour with Guns N’ Roses. Now that Axl is back, hopefully the band will continue bringing out some of the old, deep-cut classics considering this will probably be the band’s final ride. Brian Johnson’s return seems highly unlikely, and bassist Cliff  Williams announced his intention to retire following the conclusion of the Rock Or Bust Tour.

Check out the performance of “Live Wire” down below!