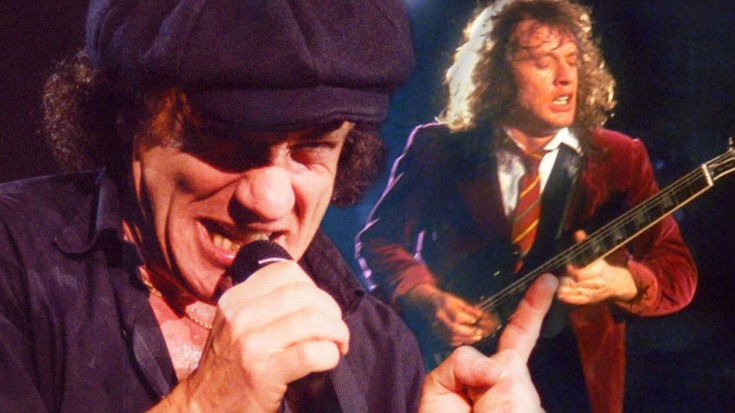 From the moment Angus Young starts in with that vicious little guitar lick to the first rumbles of “thunder,” AC/DC’s ‘Thunderstruck’ is a wild ride that takes hold of you and refuses to let go. In fact, if rock and roll were to ever go by another name, I’m pretty sure I’d just call it ‘Thunderstruck’ because it embodies everything we love about rock and roll! It’s catchy, edgy, gritty and a little dirty, and judging by the crowd in this 1991 performance featuring AC/DC at Donington, they seem to agree!

Singer Brian Johnson is a one man show all on his own; still sporting a mile wide grin while tearing his way through ‘Thunderstruck,’ there’s no denying for even a moment that he was the right choice to replace the late Bon Scott.

Fun Fact: This is one of the only two songs released after For Those About to Rock (We Salute You) that the band still performs live in concert, the other being ‘Rock ‘N’ Roll Train’.

One thing that AC/DC has always done well, especially in this performance, is crowd participation – the band is engaged with their fans from start to finish, and not even the killer solo unleashed by Angus Young at 3:14 is enough to stop him from having a good time with the thousands of people in front of him. Say what you will about AC/DC, but one thing’s for sure: they’re one of the greatest bands to walk the earth, and one of the last pieces of the glory days of rock and roll.