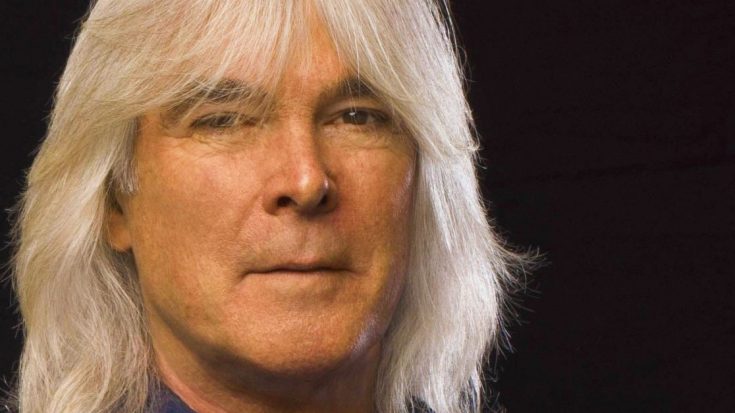 “It’s Time For Me To Step Out,” Says Cliff

Rock and roll fans, it’s the end of an era and if you’re lucky enough to catch AC/DC’s final concert tonight in Philadelphia, treasure it – because it’s the last time you’ll see Cliff Williams onstage with AC/DC. Earlier this year, the 66-year-old rock legend announced plans to call it quits and retire from music following the end of AC/DC’s Rock Or Bust tour and while we knew it was coming, nothing quite prepared us for seeing Cliff’s final interview as a member of AC/DC in which he graciously thanks the band’s legions of devoted fans and followers for loving him and his bandmates for the past 4 decades but makes it implicitly clear that this is the end of the line for him.

“It’s time for me to step out, and that’s all,” says Williams in the clip below. “Not because we’ve lost Mal, Phil or Brian. I mean, everything changes when something happens like that.

When Bon died, it changed then. You know, everything changes, so it’s not that. It’s just … I’m just ready to get off the road, really, and do what I do.”

Part of AC/DC since 1978’s Powerage, Cliff helped establish the band’s role in the rock world as the undisputed kings of classic rock, racking up a wildly impressive 11 album run of platinum or multi-platinum sales with their most recent effort Rock Or Bust sitting pretty at the #1 slot in 12 countries. Once their tour wraps tonight in Philadelphia, AC/DC’s future is up in the air despite remaining band members Angus, Stevie and Chris wanting to continue and interim singer Axl Rose up to the challenge of leading two bands at once; we don’t yet know what will become of them after Cliff leaves, but we do know that we’ll miss him and his quiet confidence something fierce.

Good luck, Cliff – thanks for rocking with us for the past 40 years!