Here Are 5 Classic Rock Acts That We Would Love To See Perform This Year’s Super Bowl! 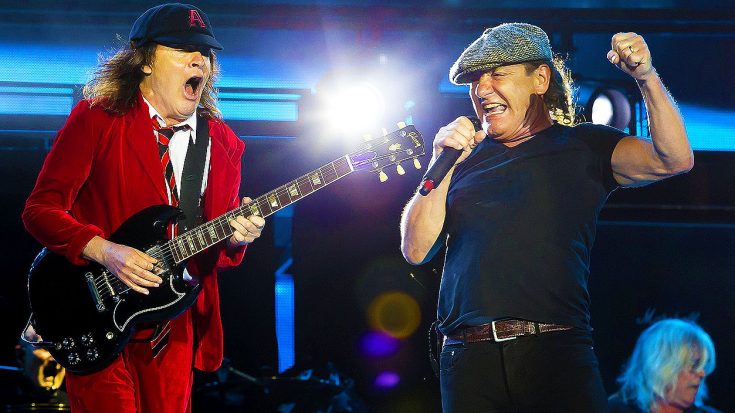 The idea of Metallica performing the Super Bowl has been tossed around for many years. However, we feel the only thing holding the organizers back is the feel that they are too heavy, and won’t cater to the entire audience. We agree, to a certain extent, but there’s no doubt at all that Metallica would slay the Super Bowl, and be an excellent choice of halftime entertainment for the biggest game of the year! Last year, they performed in San Francisco (the site of last year’s game) the night before the Super Bowl, and killed it! They’d for sure put on a show, and have a great setlist to accompany it! Plus, they have a new album coming out, so the promotion makes sense!

Typically we would have AC/DC on top of our list. But, with the recent complications with Brian Johnson’s hearing and health, the band’s future is uncertain. Therefore, by the time the Super Bowl rolls around, AC/DC might be retired. However, this doesn’t change the fact that we would still love to see everything work out and watch them perform center stage that night in Houston, Texas! Heck, with the way Axl Rose has been performing, we wouldn’t even mind seeing him perform with AC/DC!

Imagine Eddie Van Halen standing on stage at the 50-yard line of Houston’s NRG Stadium absolutley shredding “Eruption.” That alone would be considered one of the greatest moments in Super Bowl halftime history. His solo would then lead into the whole band performing a medley of their all time classic hits like “You Really Got Me,” “Panama,” Hot For Teacher” and many more! Van Halen would be a solid choice because everyone likes their music! Their fan base is world wide and spans across many generations. Seeing them back on the big stage would be legendary and well-received!

Coming off arguably one of the most successful reunion tours in history, Guns N’ Roses proved they are still not only relevant, but also able to kill it live after all of these years! So why not give them one of the largest stages in music? They’ve already proven they can headline a major event with an incredible set at Coachella, so having them perform the Super Bowl would be the cherry on top to their epic comeback. A few years ago, Slash performed withThe Black Eyed Peas at the Super Bowl, however it turned out to be one of the least memorable moments of halftime show history, because Fergie and Slash go together like toothpaste and orange juice.

Although the Super Bowl is always about showmanship, it would be amazing to see the committed change it up a bit and make it all about the music again. If they were to do this, Rush would be the perfect band to turn to. Although they aren’t over the top with effects, Rush would put on an unforgettable show simply by melting everyone’s face off! Geddy Lee slappin’ the bass at center stage, Alex Lifeson killing an epic guitar solo and Neil Peart rounding it off with an unbelieveable drum solo of epic proportions would be every rock fan’s dream to see that the Super Bowl. The trio from Canada would show us Americans how a real rock band does it, no doubt! Rush dubbed their last tour R40 was their last, however the band says they are open to doing exclusive shows down the road!