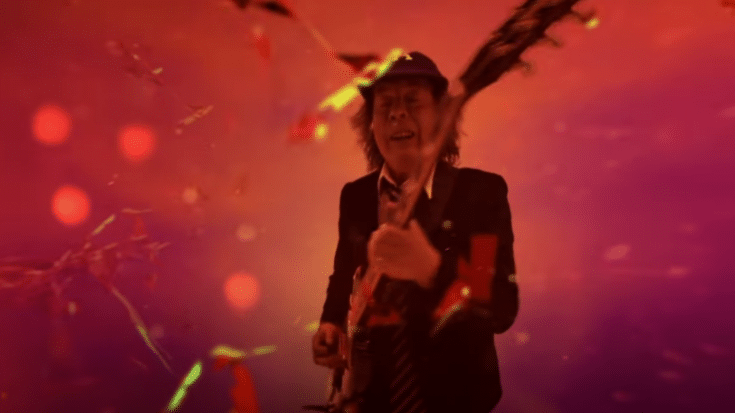 In November 2020, AC/DC released the official audio of “Witch’s Spell” and now they just dropped the teaser for its music video. Featured on their latest album “Power Up”, the LP was a commercial success with sales of over 117,000 copies in its first week.

AC/DC is set to release a special limited edition 12″ vinyl single for Record Store Day on June 12. “Through The Mist of Time” is backed by “Witch’s Spell”.

“Power Up” was well worth the wait for the fans especially since AC/DC neither confirmed nor denied all the rumors and speculations about their reunited lineup.

“It just shows the resilience and the bond that exists between us. We walked into the studio, and you could feel the electricity in the air,” frontman Brian Johnson said. “And, of course, Malcolm was there. He was there in such a strong spirit that it was palpable. I think everybody could feel it.”

“Power Up” is their first album without co-founding member and rhythm guitarist Malcolm Young who passed away in 2017.

“Ang and Mal had a big pool of ideas for riffs and stuff that Angus pulls from,” bassist Cliff Williams recalled. “He identified 12 of them, and we worked them up in the studio.”