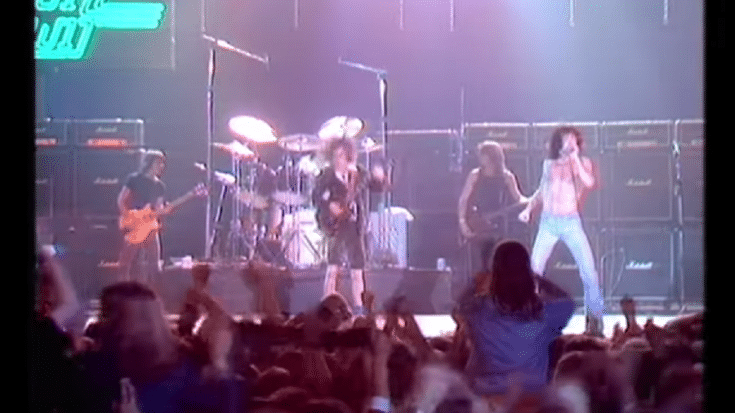 Are They Brewing Something?

AC/DC released the monolithic record “Highway to Hell” forty years ago. And they took to social media to celebrate its 40th anniversary by dropping videos after almost two years of hiatus. The last time they posted was in 2017 after announcing the death of founding member Malcolm Young.

A few hours ago, they uploaded a short clip of the title track’s iconic opening riff with the caption: “Celebrate with us all month long! ⚡️#H2H40”

They followed it up with footage of their live performance in Holland way back in 1979 with Bon Scott. You can watch the whole video on their YouTube channel, AC/DC Official.

We don’t know about you but these subtle hints definitely signal something. For the past few months, there have been several rumors and proofs that they’re back together and recording new material. And there were also speculations that they’re set to go on another world tour in support of their upcoming album.

But while there’s still no official news from the band, they’re not denying anything so there’s that. And since they did write about a month-long celebration, we can’t help but think what else they have in store for us. They definitely know how to hype things up!