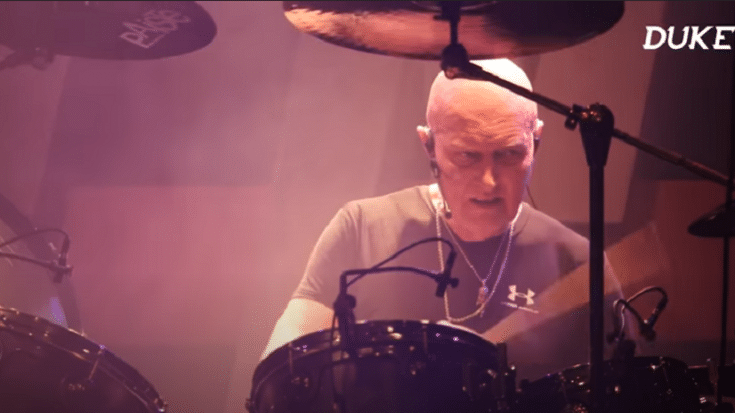 In a new interview with Sonic Perspectives, drummer Chris Slade revealed his shock at finding out about Brian Johnson’s departure. He was even more surprised when AC/DC brought in Axl Rose to fill in for Johnson. Slade played for the band from 1989 to 1994, and then joined them again in 2015 as the replacement for Phil Rudd on the “Rock or Bust World Tour”.

Slade said, “I think Brian was doing the best he possibly could do. I could hear him so well because I was using in-ear monitors. He didn’t sound anything like he thought he sounded. But of course, he felt really bad that he couldn’t do what he considered his best. I was shocked when he was no longer around.”

He also added, “I was even more shocked when they said they were trying out Axl Rose. I was like, “What?” because I heard all the stories. Turns out he was the nicest guy, and when he started singing, I didn’t realize that he had that voice. He was phenomenal and could cover all the eras! He was never late for anything as AC/DC goes by the second, not the minute when they start a show. Only once did they not start a show on time in 45 years, and I happened to be in the band. It was due to an issue with Angus’s guitar not being set-up properly. As far as they were concerned, they have never been late on stage.”

For the past few months, there have been rumors about an upcoming AC/DC album with Johnson and Rudd joining the lineup again and a world tour in support of it but so far, there’s been no confirmation from any of the band members. When asked what he thought of it, Slade answered: “There are always going to be rumors with AC/DC. The only person who knows what will happen is Angus. It isn’t going to be this year! I can actually say that it will not happen in 2020.”