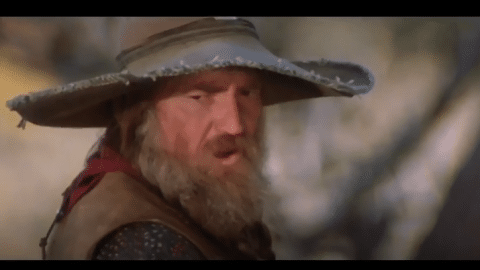 He’s Done It All

Willie Nelson may be a country music legend but he also dabbled in acting. Okay, so ‘dabbled’ is an understatement because he’s had a few acting roles under his belt. He debuted in motion picture in 1979 and clearly, it was another one of his many talents. Now let’s revisit some of his most memorable roles.

Nelson made his debut on this comedy drama film starring Robert Redford and Jane Fonda. He played as the cowboy Wendell Hickson, the leading actor’s buddy and according to director Sydney Pollack, he improvised most of his lines. Nelson also contributed five songs to the soundtrack.

Nelson landed the lead role alongside Dyan Cannon and Amy Irving. It’s no surprise that Nelson was right at home in front of the cameras because the movie’s about a country singer trying to make a name for himself. Nelson received an Academy Award not for his acting but for his track “On the Road Again” which bagged the Best Original Song award.

Of course Nelson played an outlaw with Gary Busey as his sidekick. Though it didn’t rack up huge numbers in the box office, it did receive critical acclaim.

A satirical comedy-drama movie starring Nelson and fellow musician Kris Kristofferson. It’s loosely based on Nelson’s life and career. American film critic Roger Ebert wrote, “”Songwriter” is one of those movies that grows on you. It doesn’t have a big point to prove, and it isn’t all locked into the requirements of its plot. It’s about spending some time with some country musicians who are not much crazier than most country musicians, and are probably nicer than some. It also has a lot of good music.”

The remake of a 1939 classic, Nelson once again worked with Kristofferson but this time, fellow country icons Johnny Cash and Waylong Jennings also became part of the film. “Stagecoach” focused more on its all-star cast instead of the motion picture itself though. Still, it’s enjoyable enough.

Nelson was on a roll in the ’80s, appearing on the crime drama television series Miami Vice in the seventh episode of season three titled “El Viejo.” He played as the Texas Ranger Jake Pierson.

Unlike his previous roles, Nelson played a preacher here who only wanted to spread the gospel – at the beginning, at least. But when his wife ran away with another man, he transformed into a vengeance-seeking husband. It was filmed on his own Luck Ranch.

It’s a cult film which featured Nelson as a Historian smoker. It’s brief cameo but one that remains iconic to this day.

Nelson appeared on the eleventh episode of Monk season one. Titled “Mr. Monk and the Red-Headed Stranger”, Nelson is accused of murdering his road manager Sonny Cross after he suspected Cross of embezzling $400,000. Oh, and Nelson plays as himself.