7 Debut Singles Of The ’70s That Conquered The Decade 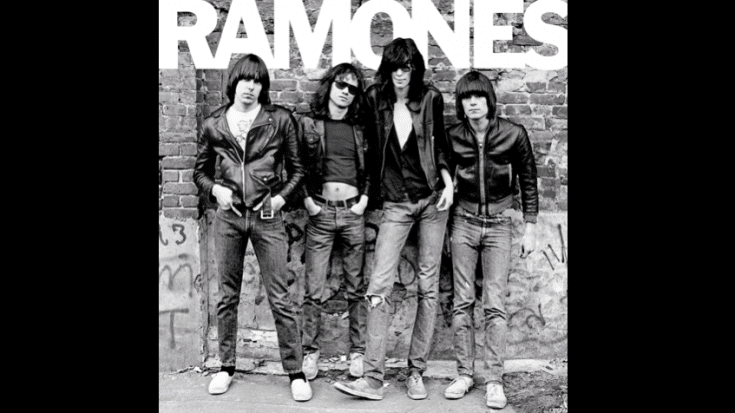 With most bands refining and perfecting their rock sound in the 1970s, it was challenging to rise above the noise. Every act wanted to be heard, wanted to make a statement, wanted their music to dominate the airwaves. Not everyone was successful but there were those who found their style from the get-go and announced their arrival into the music scene in a stunning and unforgettable fashion.

Here are seven of the decade’s greatest debut singles.

The Cars took inspiration from bands Ohio Express and Velvet Underground for “Just What I Needed”. Written by Ric Ocasek, it did not crack the top 20 in the US Billboard Hot 100 but it became one of their most popular songs. Ocasek wrote it in a basement at a commune in Massachusetts where he lived at the time. They then recorded it for a demo tape in 1977 and it helped land them a record deal.

It’s often used at sporting events because of the iconic opening line of “Hey! Ho! Let’s go!” Though the title was taken from the World War II German tactic “blitzkrieg”, the exact meaning of the song is unclear. Mostly written by drummer Tommy Ramone, he said: “So I thought it would be fun to do for the Ramones too. And somehow I came up with ‘Hey! Ho! Let’s go!’ I just liked the term because it made fun of Mick Jagger singing the Stones’ version of Walking The Dog, where he goes ‘High low, tippy toe’. We all used to goof on that and sing ‘hey ho!’ instead.”

Originally titled “Desert Song,” it initially received minimal success in Europe after its release. It was actually banned by some radio stations because of drug references since “horse” was a slang for heroin. It rose to the top of the US Billboard Hot 100 which helped their debut album reach platinum status. Written by Dewey Bunnell, he said: “It was initially felt that A Horse With No Name was good but perhaps a little too quirky. At first it felt like a bit of a novelty song. It was a shock that it became so popular.”

A classic rock staple, it’s written by band leader and innovator Tom Scholz. Interestingly, it took him five years to complete the song and he worked on it in his basement just before Boston landed a record contract. Scholz told Entertainment Weekly, “It was written about a fantasy event. But it’s one that almost everybody can identify with, of somebody losing somebody that was important to them, and music taking them back there.”

One of the band’s most enduring songs, Mark Knopfler initially thought it was “dull” when he composed it on a National Steel guitar in open tuning. But it all changed when he got his first Stratocaster in 1977. He recalled, “It just came alive as soon as I played it on that ’61 Strat … the new chord changes just presented themselves and fell into place.”

The Bad Boys from Boston got their start with the stunning lead single “Dream On.” It became their first major hit too and it received heavy airplay from radio stations. Steven Tyler worked on it for six years, just writing bits and pieces here and there. In the band memoir Walk This Way, Tyler explained: “The music for ‘Dream On’ was originally written on a Steinway upright piano in the living room of Trow-Rico Lodge in Sunapee, maybe four years before Aerosmith even started. I was seventeen or eighteen. … It was just this little thing I was playing, and I never dreamed it would end up as a real song or anything. … It’s about dreaming until your dreams come true.”

It’s one of their signature songs and featured on compilation and live albums. Jackson Browne began writing it but had a hard time finishing the track. Luckily, he had an upstairs neighbor who needed a song for his band – Glenn Frey. It was Frey who helped him complete the song. Browne said, “He [Frey] finished it in spectacular fashion. And, what’s more, arranged it in a way that was far superior to what I had written.