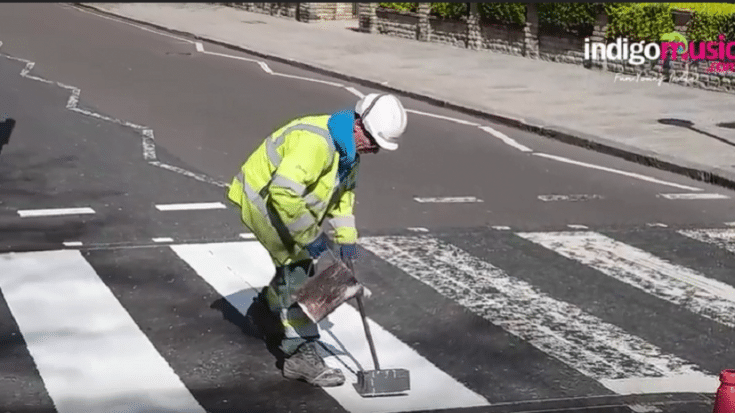 The iconic Abbey Road crosswalk made famous by The Beatles finally got a fresh coat of paint since it’s no longer swamped with tourists. Because of the coronavirus outbreak, social distancing is being implemented to aid in flattening the curve and the entire Britain is also in lockdown. With nobody outside, the London landmark which often sees heavy foot traffic, is basically deserted. The municipal crew took advantage of this and repainted the zebra crossing on March 24.

John Penrose, Minister for Tourism and Heritage in 2010, said: “This London zebra crossing is no castle or cathedral but, thanks to the Beatles and a 10-minute photoshoot one August morning in 1969, it has just as strong a claim as any to be seen as part of our heritage.”

It was on the morning of August 8, 1969 when John Lennon, Paul McCartney, George Harrison, and Ringo Starr walked across the street with photographer Iain Macmillan standing on a step ladder and a policeman holding up traffic. They only had ten minutes to finish the photo shoot and MacMillan ended up taking just six photographs. It was McCartney who chose the fourth photo which would end up on The Beatles’ eleventh studio album.

During Abbey Road‘s 50th anniversary in 2019, fans flocked to the zebra crossing to recreate the iconic Beatles image.