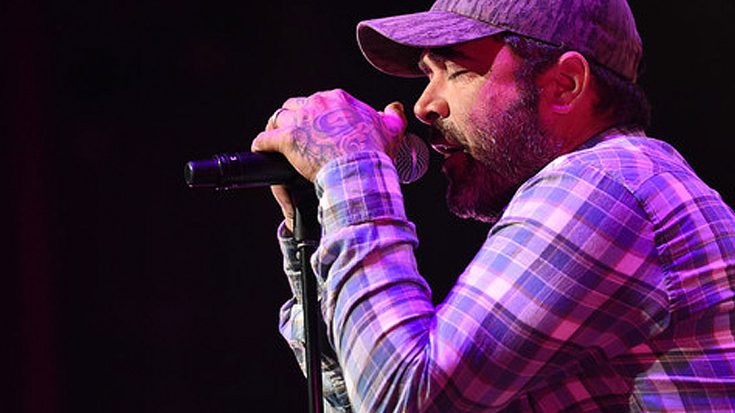 In 2014, fans and friends of Southern rock legends Lynyrd Skynyrd converged on Atlanta, Georgia’s Fox Theatre for an all-star musical event in honor of the Jacksonville natives that saw a varied and broad cross-section of artists coming together on one stage with only one goal in mind: to somehow express to Lynyrd Skynyrd what they meant to the world with unique and thrilling renditions of the songs that have kept us singing and dancing for decades.

The night featured acts like Blackberry Smoke, Peter Frampton and even Illinois rockers Cheap Trick and their rockin’ take on “Gimme Back My Bullets,” but one of our favorite performances of the night came from none other than country music’s favorite son Aaron Lewis, who hit the stage that night and positively lit up all of Atlanta with his fiery, almost bluesy take on “Saturday Night Special”.

“Saturday Night Special” was recorded at Studio One in Doraville, Georgia and engineered by Rodney Mills, who engineered albums by The Atlanta Rhythm Section.

No stranger to rock and roll music by any means, Aaron took this cold killer of a Nuthin’ Fancy opening track and spun it into gold, even mimicking some of Ronnie Van Zant’s stage mannerisms to craft a performance that was equal parts power and passion. Skynyrd Nation, this is one you definitely have got to see – if you missed out on Aaron’s One More For The Fans salute to Skynyrd the first time around, never fear: you can check it out in the video below and watch to your heart’s content!