Skynyrd Rocks With Epic “Sweet Home Alabama” Singalong, But Wait ‘Til You See Their Special Guest! 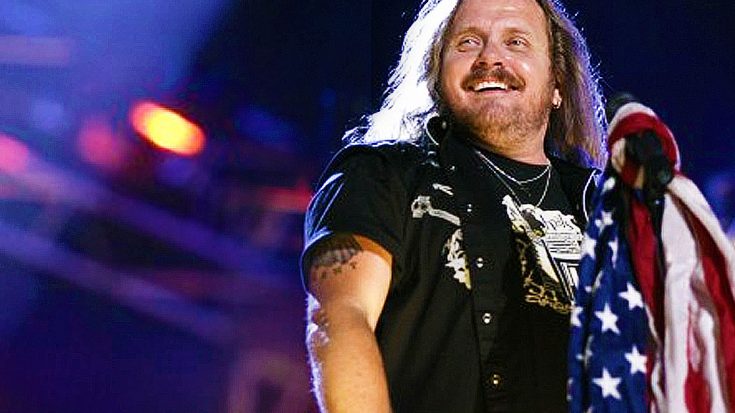 As lifelong Lynyrd Skynyrd fans, we simply cannot get enough of the magic crafted by Jacksonville’s finest night after night! Always ready and rarin’ to go by the time they hit the stage, you can always count on these Southern rock legends to put on a show even more spectacular than the last, constantly finding new and exciting ways to bring us the hits that have kept us singing and dancing for three generations bold.

Occasionally, they’ll throw in a surprise or two to keep the Skynyrd Nation on its toes, and their 2010 show at the PNC Bank Arts Center in Holmdel, New Jersey was no exception. Touring in support of their album God & Guns, Lynyrd Skynyrd hit the road that year with 38 Special and Poison for a tour that promised to be nothing but a good time summer party, and when Johnny Van Zant led the crowd on a singalong of “Sweet Home Alabama” that night, a good time summer party is precisely what happened when Poison frontman Bret Michaels walked out from backstage to join the fun!

Fun Fact: Though Lynyrd Skynyrd and Bret Michaels have been friends for years, it wasn’t until 2010 that they actually hit the road together.

A seasoned rock and roll veteran in his own right, Bret brings a new level of excitement to this Southern rock staple and when paired with master showman Johnny Van Zant, these two prove to be unstoppable. If you watch through until the very end of the video, Bret even enjoys a really fun, special moment with drummer Michael Cartellone from behind the kit that’ll leave you cheering and grinning from ear to ear – be sure to check out all of this and more in the video below!