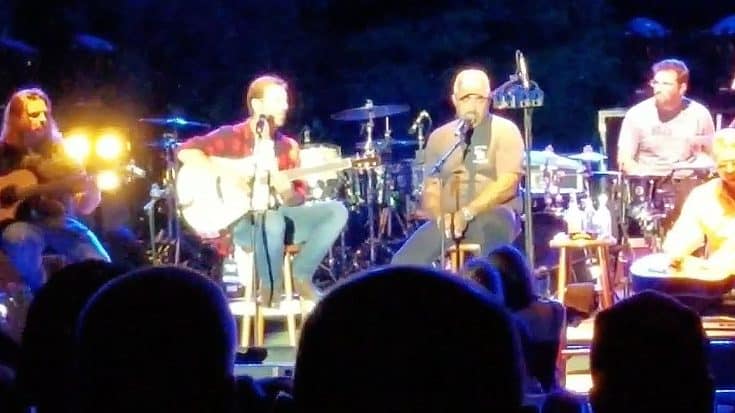 In the weeks and months following the deaths of Chris Cornell and Chester Bennington we’ve seen a rock and roll community standing shoulder to shoulder in their grief, turning to their craft to find and offer comfort in the wake of losses whose sheer devastation cannot be overstated.

First dazzling with a cover of Temple of the Dog’s critically acclaimed “Hunger Strike” in Cornell’s honor, they followed up with a gorgeous stripped down take on Linkin Park’s “Crawling,” both in tribute to Bennington and a nod to the 2002 collaboration that found Lewis and Linkin Park together on “Krwlng” for the band’s remix album, Reanimation.

For nearly four minutes solid, Aaron leads his friends onstage and the crowd before him through a cover of “Crawling” that sent chills down spines and left fans singing along in unison knowing that wherever Chester is, this is exactly how he would have wanted to be remembered: by people who loved him, with the very thing he used to bring light to the world. Check it out in the video below!