This Young Girl Plays “Love In An Elevator” On Drums And It’s So Good It Should Be A Crime! 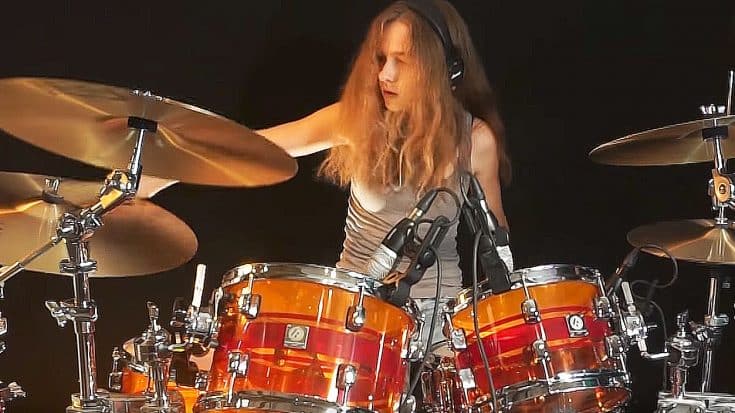 Sina Does It Best!

There are many factors that make up the iconic overall sound of Aerosmith, but one of the most underrated factors of the bunch has to be Joey Kramer’s iconic drumming. When attempting to create a cover of an Aerosmith song, the one thing that many musicians don’t take into mind is the drumming.

Joey Kramer adds a certain swing and distinguished groove to the band that if often imitated yet never duplicated thus making him one of the most crucial members of Aerosmith.

What you’re about to see here is a rare exception to all of that. Young Sina channels Joey’s iconic drumming style by playing Love On An Elevator and by doing so performs one of the better drum covers on the entire internet.

As you’ll see here, Sina is able to truly capture the distinctive sound of not just Joey Kramer but Aerosmith as a whole. To put it simply, Sina does this song true justice! Don’t believe me? See for yourself!