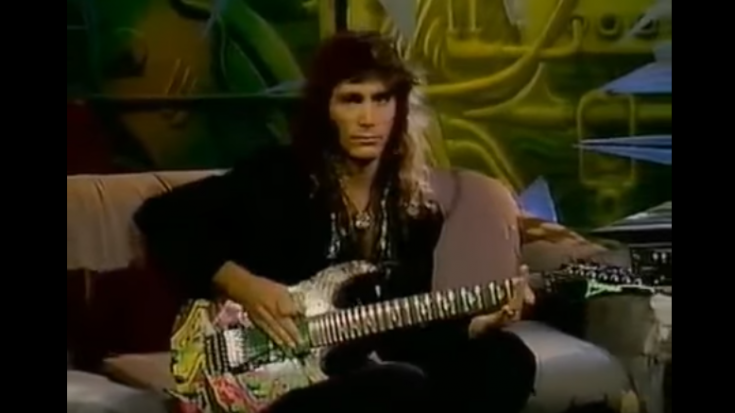 Bring This Show Back!

Aside from the MTV Unplugged, the Headbangers Ball is one of our favorite music television programs. It made everyone who were teens in the ’80s feel like it was such a great time to be alive. And in case you forgot, we’re here to remind you of Steve Vai’s epic guest appearance in the show in May 1990 – a few months before the release of his second studio album, “Passion and Warfare.”

Fun Fact: He has his own record label called ‘Favored Nations’.

In this episode, the virtuoso shares his thoughts on a variety of topics including tips he would give to those musicians who are still starting out and also his opinion on the female guitarists in the music industry. He was “accompanied” by his seven-string Ibanez Universe UV77MC which is probably now as legendary as the man himself mostly thanks to these clips. He also showed his audience how to play the guitar using your tongue and even gave a demo of his famous cat-sound effect in “Kittens Got Claws.”

This made us feel nostalgic.