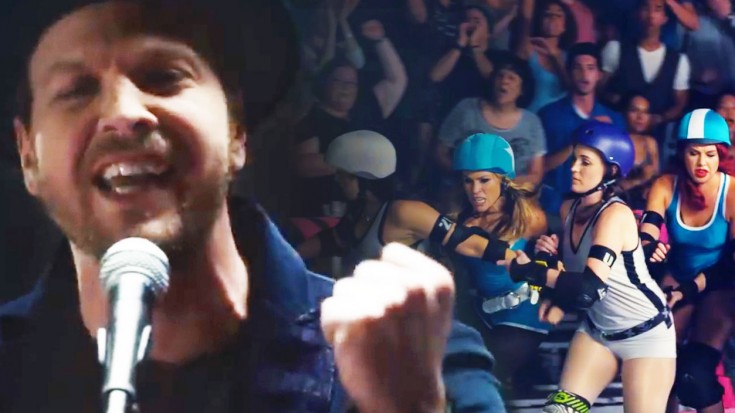 We Are The Champions

In an attempt to showcase the true beauty that a strong and independent woman holds within herself, Gavin DeGraw’s “Fire” official music video displays a pack of lions, a tribe rather, of women that participate in an intense roller derby league and hold admirable positions in their daily lives. Featuring a female firefighter, doctor and architect, this video is the epitome of female empowerment as it celebrates not just confident, successful women, but women that honor each others’ loyalty like that of a tribe.

“It’s a kind of song you go listen to when you need to get pumped up for something or you want to celebrate something…It feels triumphant.” – Gavin DeGraw

From the artist’s 2014 compilation album Finest Hour: The Best Of Gavin DeGraw, the track functions as a “fiery” surprise after a long day at the office to really tear into and literally knock out some fierce female competition. As a testament to how evolved, influential and accepting Gavin is as an artist in the music industry, it is worth mentioning how incredible the cause behind the music video is to proving that woman are and always be a force to be reckoned with.

Taking some nasty spills and some dirty digs against each other, these bad asses tear up the rink with passion, determination and pride in who they are and what they represent and we cannot get enough.

Gavin DeGraw’s latest album ‘Make A Move’ is available now in stores and on Itunes, Amazon, and Google Play for Android users. Get it now!