89 Year-Old Chuck Berry Still Has It! Rockin’ “Roll Over Beethoven” And Shredding 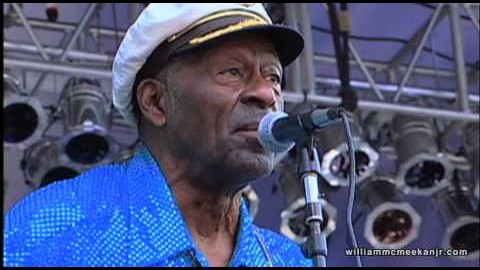 My Soul Keeps On Singin’ The Blues!

Chuck Berry said he’s going to rock you and man, he did just that!

This was taken during his live performance in the Union County Musicfest Concert in 2007. Here’s a major spoiler: Chuck’s voice hasn’t changed at all! He sounds exactly the same and it’s amazing! So unreal! He’s slaying it like a boss! But did you know how he came up with this song? It has a pretty interesting back story.

According to Rolling Stone and Cub Koda of Allmusic, Berry wrote the song in response to his sister Lucy always using the family piano to play classical music when Berry wanted to play popular music. The line “roll over Beethoven and tell Tchaikovsky the news” refers to how both classical composers would “roll over in their graves” upon hearing how their classical music had given way to rock and roll.

From the opening guitar solo to his distinctive vocals, this is sheer perfection! I gotta hear it again today, if you know what I mean. 🙂