Life On The Tour Bus, Haircuts, And Baseball Games – See Behind The Scenes 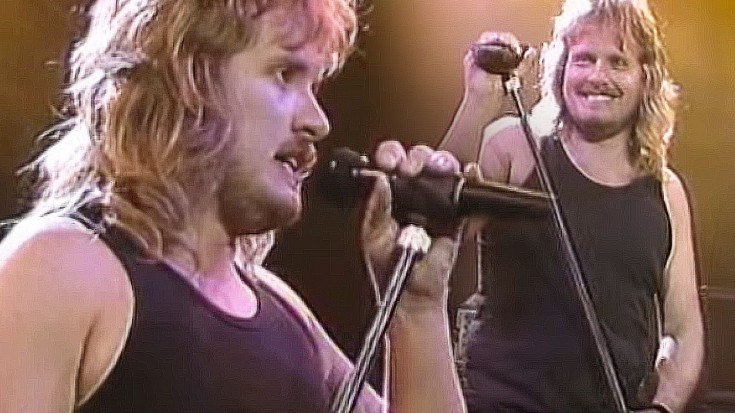 “What’s Your Name” Comes To The Small Screen

The opening track to 1977’s Street Survivors, “What’s Your Name” is a cold killer of a tune that focuses on a particularly wild night for Southern rock legends Lynyrd Skynyrd – one where fists flew and champagne flowed freely, prompting Ronnie Van Zant to commit the events of that night to paper. It would be a decade after the tragic events of October 20, 1977 before Lynyrd Skynyrd fans would hear “What’s Your Name” played live again, but in true Skynyrd fashion our boys couldn’t just bring it back to the stage and call it a day – no, they turned “What’s Your Name” into an amazing music video featuring live footage from their 1987 Tribute Tour!

Fun Fact: The Lynyrd Skynyrd Tribute Tour ran for a whopping 71 shows over the course of a year.

An intimate look behind the scenes of the Lynyrd Skynyrd Tribute Tour, the music video for “What’s Your Name” features a revitalized Lynyrd Skynyrd hitting the road in honor of their fallen bandmates, carrying on the Skynyrd legacy with brand new lead singer Johnny Van Zant and functions as sort of a tour diary, giving fans an awesome glimpse into a world that few people outside of the band and their crew get to see.

From behind the scenes shots of the chaos that goes into putting on a Lynyrd Skynyrd concert to fun, candid moments of the band backstage – including a powerful nod to Ronnie Van Zant at the end of the video – this is a real must-see for every die hard fan of these Southern rock legends!