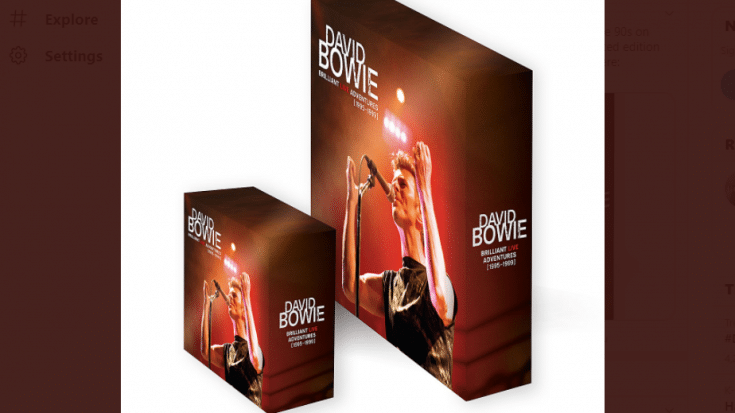 For Release Over The Next Few Months

David Bowie’s estate is preparing to release the “Brilliant Live Adventures” set which features his performances from the ’90s. It’s a series of six previously unreleased live recordings which will be issued individually for the next few months.

The collections kicks off with “Ouvrez Le Chien (Live Dallas 95)”, out on October 30 in vinyl and CD formats. Back in July, it was released for the first time on streaming platforms. Recorded at the Starplex Amphitheater in Dallas, TX on October 13, 1995, David Bowie was halfway through the US leg of his tour in support of his then-new album “Outside”.

The five other installments will be announced later and two of them are expected to be released before this year ends and the other three arriving in early 2021. Additional details have yet to be announced. There’s also a limited edition slipcase available via Rhino and the Bowie store.

BRILLIANT LIVE ADVENTURES – a series of 6 live albums from the 90s on vinyl and CD as limited one run only pressings, with special limited edition boxes for both formats to house the full collection. Pre-order here: https://t.co/NRdjDlQCxj – Press release: https://t.co/pSxFw0kPGR pic.twitter.com/EwEZzkPRnn