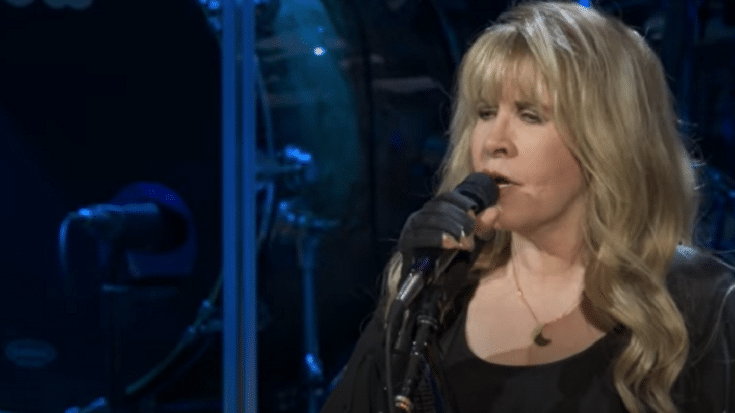 A Sneak Preview – Check It Out

Stevie Nicks teased her upcoming “24 Karat Gold” concert film by releasing a minute-and-a-half-long clip of her “Rhiannon” performance. It’s set to screen at select theaters, drive-ins, and exhibition spaces over two nights – on October 21 and 25. With a giant full moon behind her, she performed the iconic song in her trademark witchy dress.

Stevie Nicks 24 Karat Gold The Concert was recorded over two nights during her 67-city  sold-out tour. Directed and produced by Joe Thomas, her setlist features a mix of classic hits and rarities. It also highlights her personal stories behind several iconic songs and lyrics in music history.

She said in a statement, “The 24 Karat Gold Tour was my all-time favorite tour. I not only got to sing my songs but I was able to tell their stories for the first time. I love having the opportunity to share this concert with my fans. From me to you – 24 Karat Gold.”

Tickets are currently on sale.

On October 30, she’s also set to release an accompanying live recording which will be available digitally, in streaming services, and in a variety of physical formats. It features songs like “Stand Back,” “Gypsy,” and “Edge of Seventeen,” and other rare gems.