A Cat Is Going Viral For Looking Like Freddie Mercury 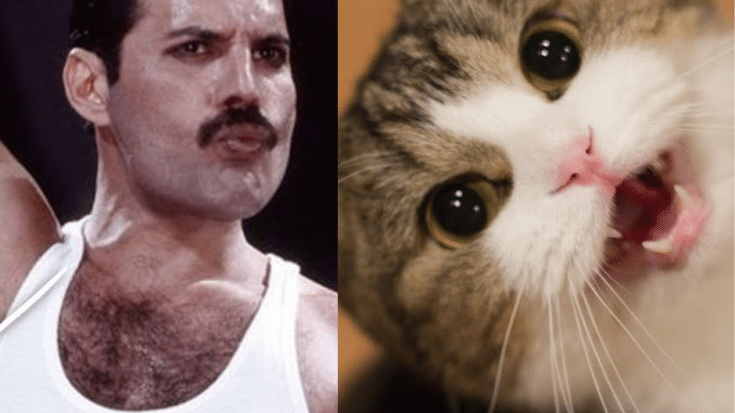 A cat named Mostaccioli has gone viral because of its resemblance to Queen’s Freddie Mercury. Mostaccioli is a female black and white cat with a mustache that looks just like Mercury’s.

Mostaccioli is owned by Natalie, a California resident who works at a veterinarian’s office. She found Mostaccioli along with her mother and her three newborn brothers as strays in August of 2020. The poor cats appeared malnourished when they were brought in for treatment and raised the back to full strength.

After finding homes for the other three kittens, Natalie adopted Mostaccioli as her own. Mostaccioli now shares an Instagram page with her sister, Izanami. The pair has captured the hearts of thousands on social media and now have over 10,000 followers.

Through their Instagram page, Natalie is raising funds for the non-profit organization Cats of San Bernardino. Thanks to Mostaccioli and Izanami’s rising popularity, they’ve raised $10,000 in donations.

Mostaccioli’s look-alike Mercury was a big fan of cats himself. He owned 10 cats, allotting each a bedroom at his London mansion. Mercury treated his cats like his own children.

U.K. publication Express created a gallery of the ones he had during his life, including Delilah, a tortoiseshell who was Mercury’s favorite cat and remained by his side when he was bedridden toward the end of his life.