5 Of David Bowie’s Most Iconic Interviews 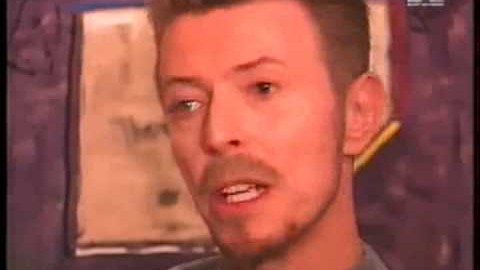 If you’re a fan of the late and great David Bowie then you must love him not just for his music, but for his personality as well. Every persona of Bowie can be seen in some of the unforgettable television appearances he did. Here’s our top five list of Bowie’s iconic interviews,

Who can forget that time when Bowie was interviewed by MTV VJ Goodman in 1983. Bowie was promoting his album Let’s Dance when he suddenly said to the VJ, “It occured to me having watched MTV over the past few months, it’s a solid enterprise with a lot going for it,” and asked “I’m just floored that by the fact that there’s so few black artists featured on it. Why is that?” which Goodman answered “I think we’re trying to move in that direction.” Up to this day, it’s still one of the most iconic interviews in music history.

2. Tripping on The Dick Cavett Show

We all know that David Bowie struggled with crippling drug addiction. But in this particular guesting at The Dick Cavett Show in December 1974, Bowie’s cocaine addiction really show. During the whole interview, Bowie seems to be very anxious and acting very weird with his unusual movements. It’s also very noticeable how skinny he was at that time. Bowie then got clean when he took himself to Berlin and went sober where his most notable works was created as well. But this interview is still one of the most infamous Bowie did.

3. Bowie being a psychic

In 1999, Bowie was interviewed by Jeremy Paxman in BBC where he stated, “I don’t think we’ve even seen the tip of the iceberg. I think the potential of what the internet is going to do to society, both good and bad, is unimaginable. I think we’re actually on the cusp of something exhilarating and terrifying.” talking about the internet where at that time, Google was just a few months old and social media platforms such as YouTube, Facebook, Instagram, and Twitter was not yet existing. It’s remarkable how he did come up with the idea because clearly, Bowie was right with his predictions about the impact of the internet in the society as we are seeing today.

Bowie was a lot of things and one them was being the founder of the ‘Society for the Prevention of Cruelty to Long-haired Men’. The young David Bowie, known as Davy Jones led a pact of teenage boys to fight for anti-cruelty to long-haired men like them in 1964 Tonight show with BBC presenter Cliff Michelmore. 17-year-old Bowie said about the criticism they had received, “But for the last two years we’ve had comments like ‘Darling!’ and ‘Can I carry your handbag?’ thrown at us, and I think it just has to stop now,” For a young age, Bowie’s already fighting for his rights and simply being a hero.

In 1975, Bowie was in Burbank, Los Angeles and was interviewed on The Russell Harty Show over a satellite connection. The interview was so hard to watch because of the awkwardness between Bowie and host Russell Harty. A lot of people find Harty to be rude and disrespectful to Bowie with his questions.
Harty: “You really have no simple idea about what you’re gonna wear?”
Bowie: “I know what songs I’m gonna sing, which is the important thing.”
Then Harty went on saying that things have changed since Bowie left England two years ago,
Harty: “I wonder what kind of audience you’re going to come back to face”
Bowie: “I don’t know, what do you think?”
Harty: “I don’t know, I’m thinking, in a kind of way, you have to create a whole new scene for yourself.”
Bowie: “No.”
Then Harty just seems to cross the line,
Harty: “For someone who claims not to be all that good of a musician, why are you coming back to perform on stage? Are you a better musician? ”
Bowie: “Coming back has nothing to do with being a good musician. I don’t play anything on stage. I’m a good performer and I’m a good singer, that has nothing to do with being a good musician. Does it?”
It was painful to watch and yet Bowie stayed calm the whole time just answering nicely to every question thrown at him.