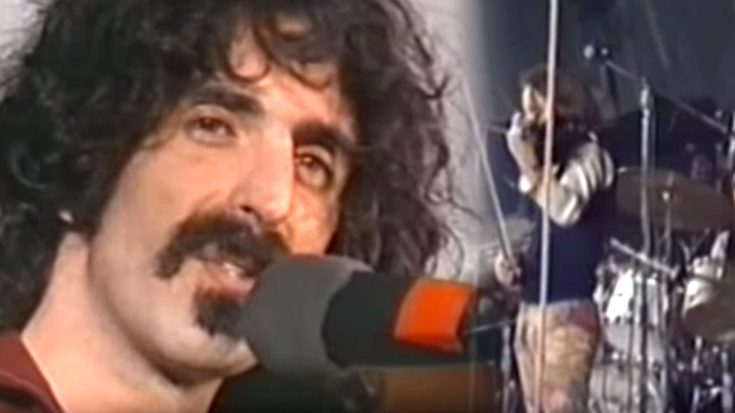 To many, Frank Zappa was and is the quintessential embodiment of the early movement of progressive rock. His unique songwriting was certainly eye opening and took the rock scene by storm in the early days. The man’s performances were amazing as well. Frank Zappa was infamous for nailing his songs live to a tee to how they sounded on the recording. This example here is certainly no different!

What you’re about to watch is a performance from Frank Zappa in 1974 where he and his band take to the stage to perform their iconic hit Cosmik Debris. One thing we absolutely love doing here is finding old performances that we assume will trigger some form of nostalgia. Frank Zappa’s music is notorious for being able to do that, so we predict that same outcome. This song is truly unique unto itself, but not just for its musical qualities, but also for its time period. Watch and see what we mean!