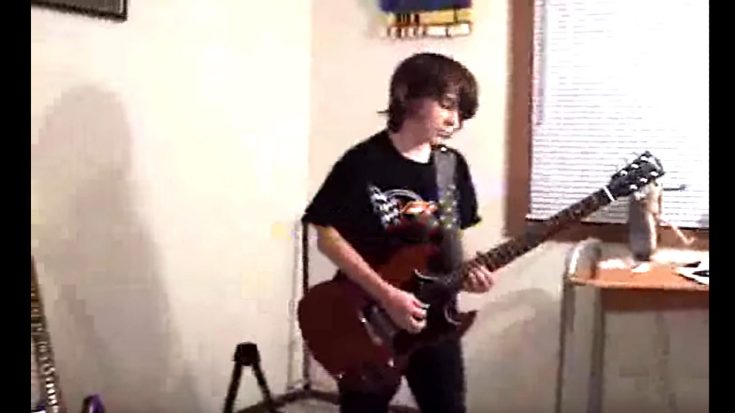 This Would Make Lynyrd Skynyrd Proud!

The classic song Free Bird by legendary southern rock band Lynyrd Skynyrd is officially the most requested song at any rock concert. It is the song that has transcended generations of music lovers and ultimately changed the way we think of rock ballads. That being said, this is also the perfect song for any aspiring guitarist to showcase their abilities. One father took notice of his own son’s guitar capabilities and immediately breaks out the camera.

What you’re about to see is a father’s 12-year-old son pick up guitar, while being filmed, and play Free Bird. With a song that is known as much for its guitar work as anything else, you, like the parents, probably aren’t expecting much from a 12 year old kid, but you, like the parents, would be wrong not to expect something absolutely amazing from this incredibly talented young man. Watch and see for yourself!