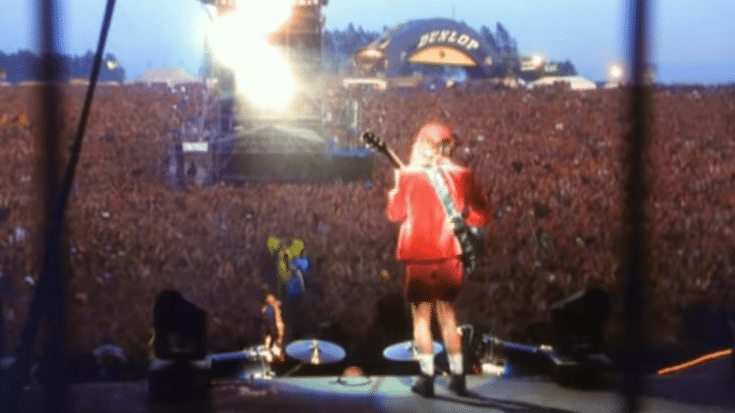 They boys in the iconic rock band AC/DC are no strangers to selling out arenas all over the world. The band has been consistently writing, recording, and performing awesome music for the past few decades. There is essentially nothing they can’t do. They are awesome in every way, shape, and form.

Speaking of selling out concerts wherever they go, do you remember when in 1991 the band played in front of well over 70,000 people in Donington Park? The concert has become historic memory amongst all rock fans!

In this video, AC/DC take to the stage to perform what is arguably their most popular song ever recorded, that song being Thunderstruck. As with any big crowd (especially granted that AC/DC is playing) the crowd goes absolutely wild and all jump to the song in unison. It is certainly a sight to see, but let’s face it, AC/DC wouldn’t have it any other way!