Jimmy Fallon’s Hilarious, Yet Shockingly Accurate Impression Of Jim Morrison Will Leave You In Tears! 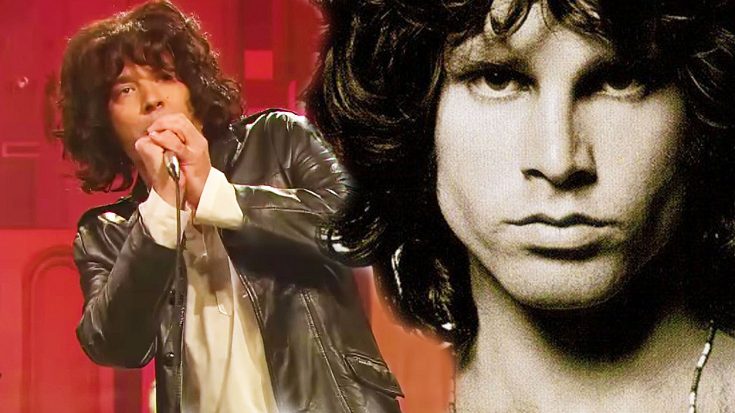 Prior to hosting one of the most iconic late-night talk shows in the history of television (The Tonight Show) Jimmy Fallon was a stand-up comedian, who became known for his ability to do spot-on impressions of other people! When Jimmy landed The Tonight Show, he decided to incorporate these impressions into his act. In the past, we’ve shared his impressions of Neil Young, Tom Petty and Bruce Springsteen. However, his impression of The Doors’ frontman Jim Morrison might take the cake!

Jimmy dressed up exactly like Jim Morrison, and performed with a band dressed eerily similar to the other members of The Doors. They performed a parody rendition of the theme song to the TV show “Reading Rainbow.” They made the song sound exactly like what it would sound if The Doors performed it themselves! Jimmy perfected Jim Morrison’s movements, his voice, singing style and overall appearance. It’s truly hilarious and shockingly accurate!

Fun Fact: His nickname, Mr. Mojo Risin’, is an anagram for Jim Morrison. Meanwhile, before The Doors made their first album, Jim wanted to use a stage name: “James Phoenix.” Keyboardist Ray Manzarek told him, “No way”.

Watch the hilarious impression and performance down below!