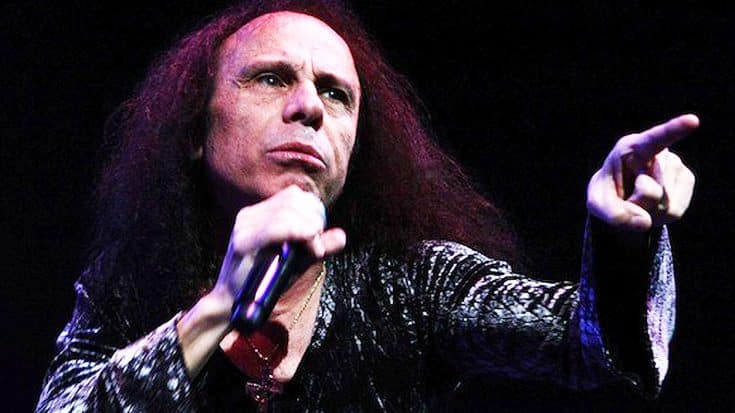 Missing you every day, Dio!

It’s been 7 years since the world lost metal hero Ronnie James Dio. On May 16th, 2010, Dio passed away after almost a year-long battle with stomach cancer. The entire metal world mourned his loss, because he was respected so much.

In interviews closer to his death, Dio seemed incredibly optimistic that he was going to beat the cancer and return to the stage. But unfortunately, his health deteriorated, and now we are tragically left without him.

On the anniversary of his death, we figured we would stray away from being somber and depressed, and instead shed a light and honor the great performances Dio brought us! So we’ve dug up a clip of Dio performing “Last In The Line” and “Holy Diver” back in 1986. This performance in particular really emulates who Dio was: he was a straight up rockstar! He knew how to work a crowd, and turn into an amazing, authentic performance that everyone loved!

We’re thinking of Dio and his family on this day! We miss him very much, but we know that his legacy will live on forever!