7 Times Hugh Hefner Made A TV Cameo, And Ended Up The Star of the Show! 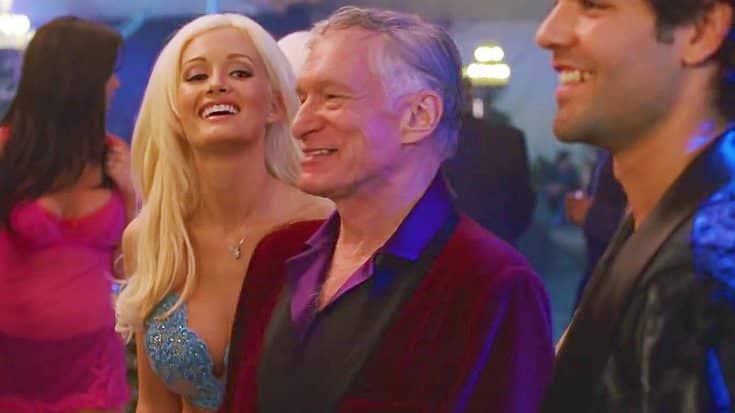 Back in 2005, Hugh appeared on Larry David‘s HBO original sitcom Curb Your Enthusiasm. His scene was short, but it basically involved Larry walking into the Playboy Mansion, and meeting Hugh briefly after he walks in on a party he wasn’t invited to.

When the new millenium hit, the cast of Sex & The City filmed at the mansion for a scene that featured Hugh. Hugh meets Samantha, and the two share a drink and a good time. But, after she accuses one of the bunnies of stealing her fake designer bag, the party comes to a halt, and the girls are escorted out.

I guess getting booted from the mansion was a popular thing for characters in HBO shows, because the in an episode of Entourage, “E,” Johnny “Drama”, Vinnie, Ari and Turtle find themselves in a similar situation as the Sex & The City girls. After Johnny Drama sneaks into the mansion after being banned years ago due to an incident involving Pauly Shore and Rob Macchio he was falsely accused of, he is met face to face with Hef himself. But after Johnny is proven innocent, he is allowed to stay and continue partying with the gang!

1987’s Beverly Hills Cop was the first time the Playboy Mansion was ever used as a filming location! Eddie Murphy’s character Axel Foley is thrilled when he comes face to face with Hef himself while crashing a Mansion party. However, Axel is immediately asked to leave, even though he has high regard for the man himself. What is it with getting kicked out of ‘The Mansion’!?

Bart Simpson is given a tour of the mansion by Hef in this episode of The Simpsons, which aired during season 4 of the historic animated series. It’s funny to see Hef in cartoon form, as he strolls around his palace in a red robe smoking a pipe.

We’re shifting gears for the last two entries on our list, and hitting on some music videos that were filmed at the mansion. Unfortunately, no classic rock artist took the leap to perform here, but American rock band Weezer filmed their music video for, appropriately, “Beverly Hills” in Hef’s home. The video starts with Hef calling Weezer’s drummer Patrick Wilson, and asking him to invite the band over to “play their new record for the girls,” but also advises them to “not bring too many dudes.” The band then shows up, and a classic mansion party commences!

Love them or hate them, Nickelback’s video for their 2005 (which was apparently a huge year for the mansion pop culturally) smash hit “Rockstar” was an iconic moment on screen for the Playboy Mansion. Although the mansion isn’t the prominent filming location, it does feature multiple bunnies lip-syncing the song in various locations like the front lawn, grotto and pool are front and center. In addition to that, your favorite rock stars make appearences throughout, like ZZ Top, Gene Simmons, Kid Rock and more!