7 Rockstars Who Got Married And Stayed That Way – You Might Be Shocked! (PHOTOS) 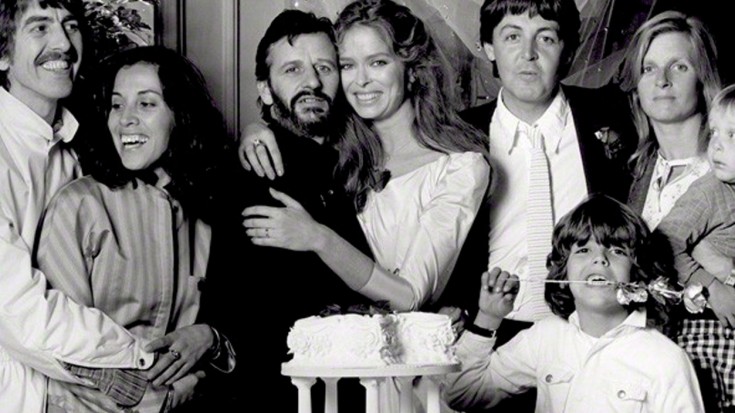 For these 7 rockers and their lucky wives, “forever” really means “forever” – from high school love stories that led to whirlwind Vegas marriages to a chance meeting between between a rocker and supermodel set up by their mutual hairdresser, here’s a look at some of the longest – and happiest – marriages in rock and roll! For Rolling Stones guitarist Keith Richards, wife Patti Hansen is absolutely the one! The pair met in 1979, and married 4 years later in 1983 on Keef’s 40th birthday. Celebrating 33 years together, Keith and Patti have two daughters together – models Alexandra and Theodora Richards.

In 1976, love came knocking for the 21-year-old Twisted Sister frontman when he met his future wife Suzette after the 15-year-old snuck into a nightclub in Long Island to see his band. After convincing her parents that he was a worthy, respectable suitor for their daughter, the two married 5 years later in 1981 and had four children together: Jesse Blaze, Shane Royal, Cody Blue and Cheyenne Jean. Beatles drummer Ringo Starr met his wife Barbara Bach in 1980 on the set of Caveman. Sparks flew, and less than a year later Ringo married the former Bond Girl  – with a few good friends there to see the magic unfold, of course. 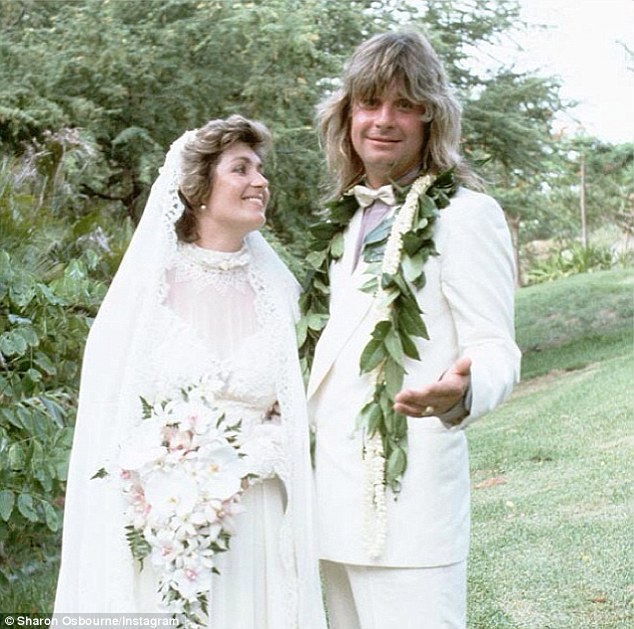 Fireworks weren’t the only sparks flying when Black Sabbath singer Ozzy Osbourne married his manager Sharon Arden on July 4, 1982. Despite his numerous battles with substance abuse, the two have been married for 34 years and Ozzy summed up his love for his wife perfectly following her cancer diagnosis: “I’m lost without her.” One of rock’s more notoriously private couples, AC/DC guitarist Angus Young has been married to Ellen Van Lochem since 1980. 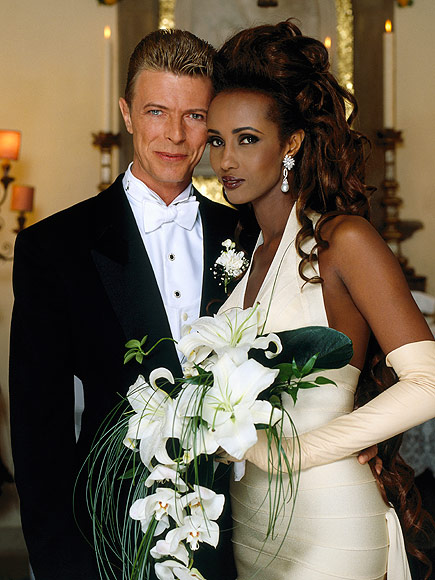 Far and away one of our favorite love stories, David Bowie wed supermodel Iman Abdulmajid in 1992 after a whirlwind romance brought on by their mutual hairdresser, who introduced the two. Bowie later confessed that he was “absolutely smitten” with Iman on their first date and was already naming their children before dessert. The two stayed married until Bowie’s death on January 10, 2016. 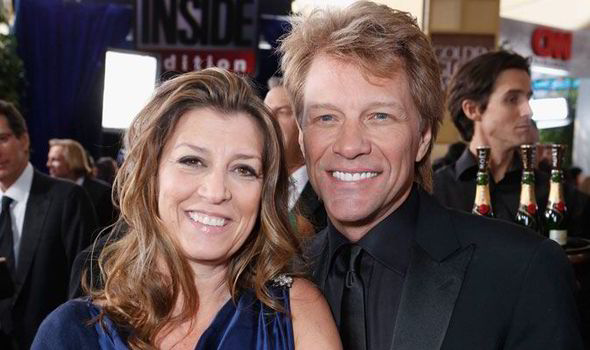 Hearts everywhere were broken when New Jersey rocker Jon Bon Jovi married his high school sweetheart Dorothea Hurley in 1989. 27 years and 4 kids later, Jon and Dorothea are still absolutely in love with each other, with Jon praising his wife for her independence and strength and gushing that he “absolutely adores” her.