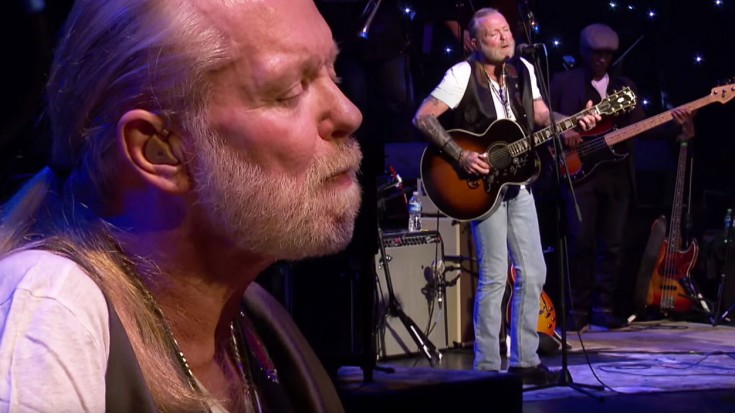 The Midnight Rider Rides On

1970’s “Midnight Rider” proved to be one of the greatest things ever written by Gregg Allman – so great, in fact, that he actually broke into Capricorn Sound Studios in the middle of the night to record it instead of waiting until dawn and risk losing his stroke of genius. When he recorded it as a solo piece three years later, “Midnight Rider” catapulted the Allman Brothers Band singer into greatness and 4 decades after that fateful night at Idlewild South, Gregg Allman returned to his native Macon, Georgia for an absolutely stellar performance of the song that’s come to define him over the years.

Fun Fact: “Midnight Rider” originated during the group’s time spent at Idlewild South, a $165-a-month farmhouse they rented on a lake outside of Macon, Georgia.

Featured on Allman’s concert film Gregg Allman Live: Back to Macon, GA, this performance of “Midnight Rider” is full of the blue eyed soul we’ve come to know and love from Gregg; with rich, earthy vocals and a wonderfully bluesy, jazzy element added by Allman’s backing band, this Allman Brothers Band classic takes on a brand new life, flawlessly walking the line between Southern rock and Delta blues.

Even more special is that Gregg isn’t sitting at his usual Hammond organ – instead, he takes the stage armed with his voice and an acoustic guitar, and through this performance proves that even after all these years, they’ll never catch our favorite midnight rider.