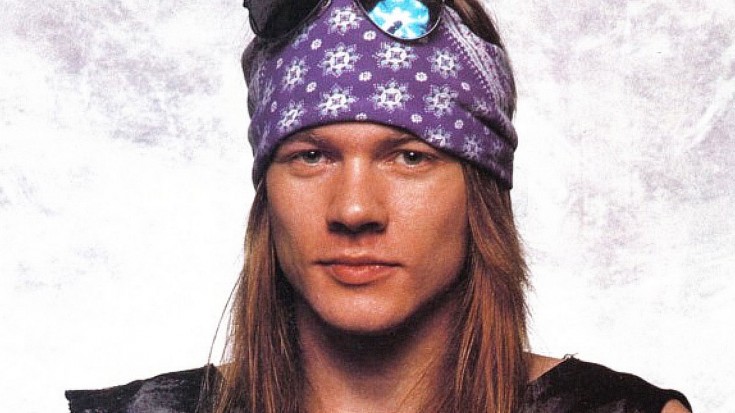 As the countdown to Coachella and Guns N’ Roses’ big debut at the festival begins to wind down to just mere days, everyone’s getting ready – even Axl Rose, who’s reportedly been hitting the gym in anticipation for the busiest summer of the band’s career.

According to Guns N’ Roses fan Mark Guglielmo, who spotted Axl out and about in Atlanta this weekend, the work is paying off and lucky for us, he even took a picture with the “Paradise City” singer to prove it!

Posted to Guglielmo’s Instagram, the photo shows him with a noticeably healthier looking Axl Rose – he’s sporting his trademark hat and aviator sunglasses, but he’s shaved off his facial hair and just generally looks like a man ready to hit the road in a few weeks.

Not only does Axl look healthier, but according to Guglielmo he’s also incredibly excited for the next few months with Guns N’ Roses – even hinting that once the dust settles after Coachella and the band’s run of concerts this spring, there’s a “whole tour” mapped out for Guns N’ Roses. Axl, you look great – can’t wait to see you back in action!