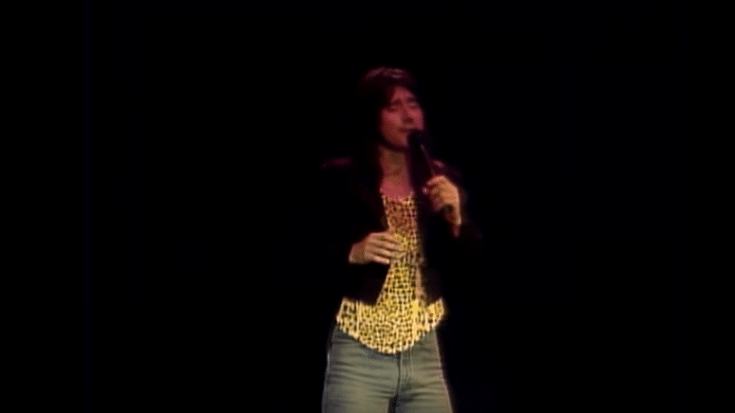 Aside from the big tousled hair, metallics, spandex, and platform shoes, ballads became part of the reason why traditionalists often dismissed rock in the 1980s. But while not everyone’s too fond of them, it’s undeniable how most of them struck a chord with the mainstream audience. And so, the following tracks might be on the cheesy, cringeworthy side but they’ll definitely make you want to wave your lighter in the air during concerts.

It’s their most commercially successful single and it peaked at #2 on the US Billboard Hot 100 for two weeks. Frontman and lead vocalist Jani Lane wrote it and actually helped Warrant land a record deal with Columbia. Producer Beau Hill didn’t want to include it in their debut album but the band eventually got their way. They received a lot of criticism for “Heaven” but still they pushed on.

Lane told BAM, “It sucks that I get labeled as a ballad writer, but I figure, if I write good ballads, then screw it, I write good ballads. I’ve never been one of those people that think if it’s not X amount heavy, that it’s not cool. The people who disrespect me because I don’t apologize for writing a ballad now and then, I just can’t relate to that. Seriously, if anyone ever walked up to me and said ‘The Long and Winding Road’ is a wimp song. I’d probably hit ’em! I like both extremes – the heavy metal and the ballads. A good song is a good song.”

It’s their only single that dominated the US Billboard Hot 100. It was initially a country ballad but they added rock elements to give it more edge. Guitarist Phil Collen told SongFacts, “It was just a standard rock ballad but it had something else going for it. Lyrically, it kind of painted a picture, and in a song you always want to do that, paint a picture. ‘On a dark desert highway,’ the first line of ‘Hotel California,’ great song, it just paints an image for you straight off the bat and that’s the sign of a really good song. It takes you right there. ‘Love Bites’ did that as well.”

Originally recorded by i-Ten, Heart’s power ballad version became their biggest hit. It charted in several countries. There were several other covers but Heart’s rendition remains untouchable. They had other ballads too but nothing that matched the power and caliber of “Alone.”

This stood out on Bon Jovi’s third album “Slippery When Wet” because it’s nothing like their other hard rockin’ tracks. Written by Jon Bon Jovi and Richie Sambora, JBJ once revealed that he drew inspiration from Southside Johnny and the Asbury Jukes’ “Hearts of Stone.” They would still perform it at concerts occasionally.

“Open Arms” is one of their most enduring hits and it remains a fan favorite. Almost everyone know the lyrics by heart and it’s hard not to sing along once this starts playing. It almost didn’t make the cut for “Escape” since guitarist Neal Schon didn’t like it. Steve Perry said, “I had to keep my head down on the console when “Open Arms” was on. There is one line in the song that I always wanted to be a certain way. I have ideals about certain things. The line “wanting you near” — I just wanted that line to go up and soar. I wanted it to be heartfelt. Every time it would come by I would just have to keep my head down and try to swallow the lump in my throat. I felt so proud of the song.”

Although it was written by Rachel Bolan and Dave “the Snake” Sabo, they both didn’t want to include it on their eponymous debut album. It was singer Sebastian Bach who fought for the song. Bach wrote on 18 and Life on Ski Row, “I said, ‘Please, let’s just play it for Doc [McGhee].’ As we went into the first verse, ‘Woke up to the sound of pouring rain,’ and built up into the chorus, I looked over at Doc. He was looking at me and laughing. I said, ‘Rachel does not want the song on the record.’ Doc burst into laughter: ‘That’s funny. Because the song will be on the record.'”

Poison’s signature song, Bret Michaels wrote it after hearing a male voice while talking to his girlfriend on the phone. He told Rolling Stone, “I remember using a pay phone to call this girl I was dating. We were on the road, touring in our Winnebago, and my relationship was falling apart. I still have the yellow legal pad I wrote it on. There are, like, a bazillion verses that I later edited down.”