7 Mind Blowing Facts About Carlos Santana That Only The Most Hardcore Fans Will Know! 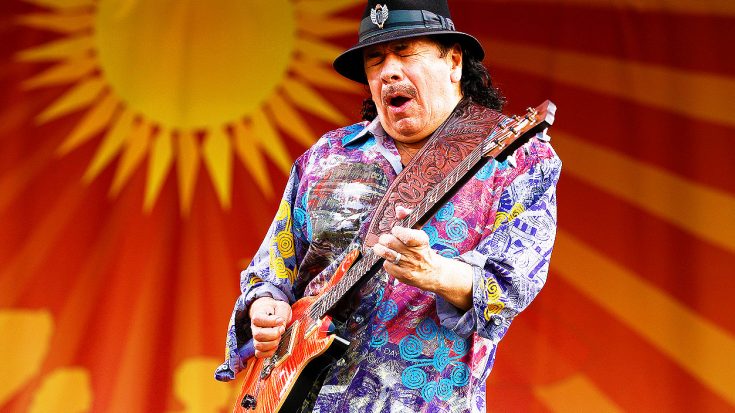 7. Carlos Is Actually A Huge Bookworm!

It appears that Santana is actually a major bookworm and loves to read. On his official website, you can view a list of books that are “On Carlos’ Bookshelf.” These are books that he has personally read and recommended to his fans! In the past, he has recommended some pretty well known books like “The Fifth Agreement” by Don Miguel Ruiz, “End Your Story. Begin Your Life…” by Jim Dreaver and “The Body of Life” by Ashcroft-Nowicki. As you can see, Carlos is into the whole idea of enlightening one’s self and finding inner peace. His website also lists a suggestion of music he’s currently listening to as well!

Santana has been successful worldwide, and it’s shown by his numerous Grammy awards. He has won a total of 10 Grammy’s, including 3 more Latin Grammy’s! The singer has left an impact on both cultures, something very few artists are able to do! His album Supernatural is responsible for eight of those Grammy’s, and his “Smooth” duet with Rob Thomas pretty much annihilated all competition at the 2000 Grammy awards ceremony!

5. He is the owner of a restaurant chain named after one of his songs!

Santana owns a chain of restaurants called Maria Maria, named after his song of the same name off of his album Supernatural. The chain opened in 2008, and there are 5 locations spread out amongst San Francisco, Texas and Arizona. Santana collaborated with Chef Roberto Santibañez, and the restaurants are a little upscale and serve an inspired Mexican cuisine!

4. Carlos is married to his current touring drummer

Carlos married his touring drummer Cindy Blackman in January of 2010! He proposed to her during a concert in Chicago July of 2010 after her drum solo, and the two married later that year in Hawaii. Cindy and Carlos performed the National Anthem together before Game 2 of the 2015 NBA Finals. The series pitted Carlos’ hometown team the Golden State Warriors against the Cleveland Cavaliers!

3. During his rise to fame, he worked as a dishwasher for a restaurant in san francisco

Carlos wasn’t successful right out of the gate. He really had to work hard to get his name out there. So, he started off playing the streets of San Francisco, and made money working as a dishwasher for a restaurant. He worked there and performed in the streets until he was able to garner enough fame and play Woodstock in 1969. It was after Woodstock that his career really started to take off!

2. He was accepted to multiple Universities

Santana was actually accepted into multiple universities, and given the opportunity to pursue a higher education. Among the universities he received acceptances from were Humboldt State and California State University, Northridge, but ultimately opted to turn down his acceptances in favor of pursuing his music career. Although education is important, we’re happy Santana chose the music route instead!

1. The first instrument he picked up was the violin

Carlos began playing the violin at the young age of 5 years old! His father was a professional violinist, and was the one who inspired Carlos to pursue a career in music. It wasn’t until he was 8 years old that he picked up the guitar and began learning what he has now mastered! His father was also the man who taught him how to play the guitar! As you can see, music runs in Santana’s blood.