7 Classic Rock Songs That Made You Question Society 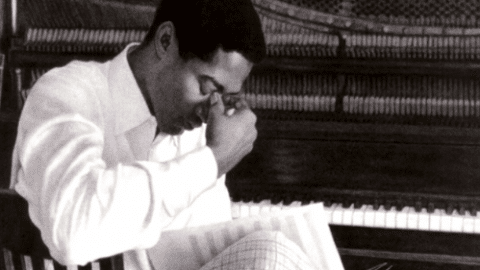 These protest songs were released decades ago and yet their message remains relevant to today’s social, environmental, and political issues.

Frank Zappa & The Mothers of Invention – Trouble Every Day

Bob Dylan – The Times They Are A-Changin’

Inspired by Irish and Scottish ballads, Bob Dylan wanted to make an anthem of change.

“This was definitely a song with a purpose,” he told Cameron Crowe. “I wanted to write a big song, with short concise verses that piled up on each other in a hypnotic way. The civil rights movement and the folk music movement were pretty close for a while and allied together at that time.”

After listening to Dylan’s “Blowin’ in the Wind,” Sam Cooke was inspired to write his own song about civil rights movement. Widely considered as his best composition, “A Change Is Gonna Come” still deeply moves its listeners with its message. It’s poignant and powerful.

A protest song against the Vietnam War, this became an anti-war movement anthem. According to John Fogerty, it “speaks more to the unfairness of class than war itself”. It took him only 20 minutes to write this and yet it resonated with so many listeners.

Buffalo Springfield – For What It’s Worth

Stephen Stills wrote this after learning about the Sunset Strip curfew riots in 1966. It became a popular protest song. Buffalo Springfield also opened their set at Monterey Pop Festival with this.

“It took as long to write as it took me to settle on the changes and write the lyrics down,” Stills said. “It all came as a piece, and it took about fifteen minutes.”

Their first single to top the charts, “Everyday People” became one of the best-known tracks of the ’60s. It’s about equality between races and other social groups – a common theme in Sly Stone’s songs.

Unlike the other songs on this list, this is more about the environment and how people destroy nature to make buildings.

“I wrote ‘Big Yellow Taxi’ on my first trip to Hawaii. I took a taxi to the hotel and when I woke up the next morning, I threw back the curtains and saw these beautiful green mountains in the distance,” Joni Mitchell told Los Angeles Times. “Then, I looked down and there was a parking lot as far as the eye could see, and it broke my heart… this blight on paradise. That’s when I sat down and wrote the song.”