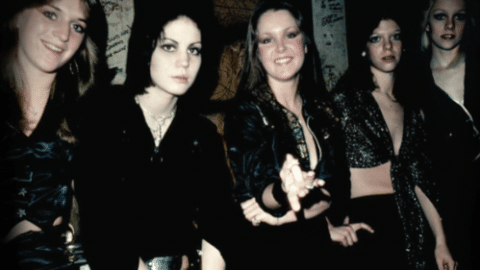 Take note that not all of these songs reflect general anti-classroom rage and rebellion, some of them are about stuff going on in schools. Let’s check them out.

It’s Alice Cooper’s signature song and it was inspired by an interview where he was asked about the greatest three minutes of his life. He answered, “The last day of school when you’re sitting there and it’s like a slow fuse burning. I said, ‘If we can catch that three minutes in a song, it’s going to be so big.'”

It’s the soundtrack of the 1979 comedy film of the same name – it’s about a student, and a big Ramones fan, who led a rebellion against the administration. Although it’s a great song, it didn’t crack the charts.

It’s basically about high school life in the 1950s. Chuck Berry was already 30 years old when he wrote this but he wanted to appeal to the teenage crowd and he knew he could accomplish it with this song.

The Beach Boys – Be True to Your School

It’s a tribute to Hawthorne High School which Brian Wilson, Carl Wilson, Dennis Wilson and Al Jardine attended but the song included the melody of the University of Wisconsin’s fight song.

“You can feel the influence of Chuck Berry in songs like ‘Surfin’ U.S.A.’ which is patterned after ‘Sweet Little Sixteen,’ and songs like ‘Fun, Fun, Fun’ and ‘Be True To Your School,'” Mike Love said, “so many of the songs that have the lyrical impulse that Chuck Berry would put into his songwriting.”

The final single by the band’s original lineup, it helped establish Van Halen as titans in rock. This was Van Halen at their absolute best.

Rock ‘n roll and youthful rebellion often go hand in hand. The song’s story is pretty simple and straightforward – it’s about boys trying to not get caught smoking so they did it in the restroom.

It’s catchy and infectious but unfortunately for him, news of his marriage to his 13-year-old second cousin got out just when this began climbing up the charts. Sun Records canceled its distribution and it stalled on #21 of the U.S. Billboard Hot 100.

At a time when rock was still dominated by men, The Runaways were a breath of fresh air. Everyone wanted to be like them.

At one point, Nirvana opened their set with this and according to Sup Pop co-founder Bruce Pavitt, Kurt Cobain would “look out in the audience and all he could see were the kind of people who used to beat him up at school.”

The Police – Don’t Stand So Close to Me

This one tackles a controversial subject – about a teacher lusting after one of his students.