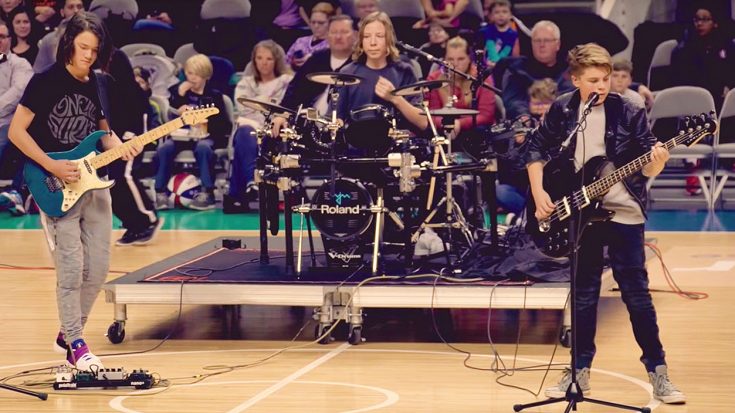 They made John Lennon proud!

Although the world seems to to be going through a very difficult time, there’s one thing that can bring us all together: Music. Music is a powerful entity that can help build bridges between people, heal wounds and give us that warm sense of togetherness.

During a halftime performance at the Harlem Globetrotter’s game over the weekend that celebrated Martin Luther King Jr. Day, these sixth graders from a band called WJM stunned the crowd on hand with an emotional cover of John Lennon’s “Give Peace A Chance.” The youngsters started off with a slow tempo, and eventually built it up into an absolutley beautiful number! WJM also incorporated a little segue into U2’s “In The Name of Love.” For that portion of the song, they had everyone in the crowd up on their feet singing along! The entire performance is awesome and incredibly inspiring!

If you’re a classic rock fan, you’ll definitely appreciate this band’s talent! Check out the video down below and let us know what you think!