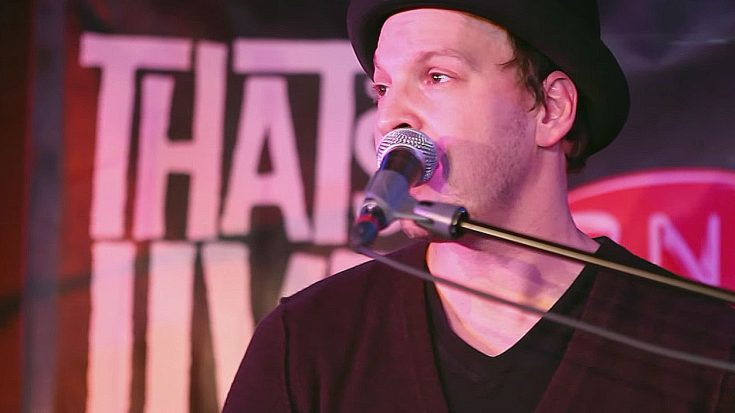 Gavin DeGraw has proven time and time again that his versatility as an artist knows no bounds, able to seamlessly shift his sound with a natural ebb and flow that so many artists struggle to achieve. As an artist, Gavin lives for the freedom that comes with writing his own material based on his own life experiences – but there’s just something about a good cover of a classic song that scratches that itch deep down in your soul, the one that longs to show the world what artists that came before you mean to you and how their creations have changed your life for the better.

From Sam Cooke’s “A Change Is Gonna Come” to Paul McCartney’s “Amazed,” Gavin’s done it all – but ultimately it’s his 2013 cover of Leonard Cohen’s “Hallelujah” that we find ourselves coming back to over and over again, an intimate performance from the comfort of Dutch radio show BNN That’s Live that found him itching to revisit the 1984 classic after a few years away from it  much to the delight of a lucky fan in the audience named Lotte. Sure, he forgets part of the first verse, but that’s what makes his performance of “Hallelujah” so perfect; it’s a song about how wonderfully messy and imperfect life is and how in the end, no one ever really gets it all right, anyway – that’s what makes life, life.

As icons like Leonard Cohen begin to leave us, it’s artists like Gavin DeGraw who are picking up the torch and carrying on the time honored tradition of crafting music meant to last a lifetime and for that we’ve only got one thing to say: “Hallelujah”.