6 Months After His Death, David Bowie’s Son Marks Dad’s Passing With A Miracle 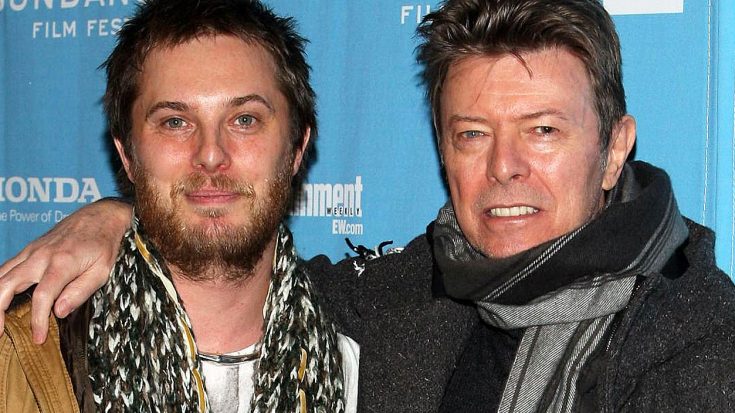 The Circle Is Complete!

After 6 months of struggling with the death of his father David Bowie, director Duncan Jones finally found a reason to smile with the birth of his first child, Stenton David Jones. Born July 10th, baby Stenton’s birth comes exactly 6 months to the day after Bowie’s death on January 10th, marking the anniversary of his famous granddad’s passing in the most poignant and powerful of ways.

Duncan, 45, announced Stenton’s birth this weekend via an ecstatic Twitter post more than 3 weeks after his son’s birth, paired with a cute little doodle of himself, being held up by Bowie while also holding baby Stenton and a heartfelt message to his father and son, letting us know that the symbolism of Stenton’s birth was not lost on him.

Stenton David Jones. Born July 10th, exactly six months after his grandad made room for him.
Love you both so. ❤️❤️ pic.twitter.com/Axdee1iRhE

What a miracle! While we’re gutted that David isn’t here to lavish baby Stenton with all of the love and affection in the world and to be what we’re sure would have been the coolest granddad in the world, we know that wherever he is, his love is with both Duncan and his new grandson and will no doubt shape the wonderful, fantastical journey ahead.

Welcome to the world, Stenton!