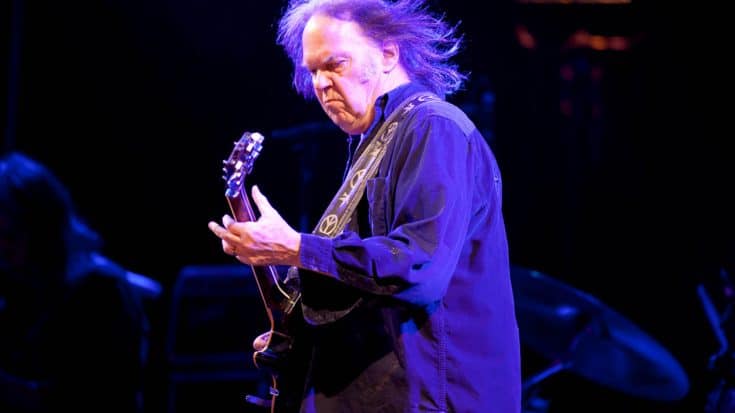 Some of the albums from Neil Young are full of “lost” songs, and there are some tracks that have no formal home, but have been performed live long enough that fans consider them integral in the age of the young zeitgeist era.

With a back catalog that is so sprawling, which continues to grow as he unearths old material, there are too many songs to count that have either gone unreleased or under-appreciated.

1. “Sixty to Zero”
Probably one of his remarkable identities is that he is never afraid to try out unreleased material in front of a live audience, even if the song isn’t fully fleshed out. One best example of this was him singing “Sixty to Zero,” which he debuted in the summer of 1988.

The lengthy track would have been a big ask for the radio, even for Young, so it’s understandable why it didn’t make the singles cut.

2. “Over and Over”
One notable track that was said to have been nailed in a single take on a “perfect full moon night” and was left out of the singles circuit is “Over and Over.” Young brought the track back out in 2012 for a performance at the famed Red Rocks amphitheater and reminded fans of the dreamy track nearly 22 years later.

3. “Slip Away”
Even though the album Broken Arrow is not as strong as some of his other albums of the era, it do have some shining moments across like the track “Slip Away.” The jammed-out track is a continued testament to why Crazy Horse remains one of the greatest backing bands in rock history.

4. “Restless Consumer”
Young’s 2006 album, “Living With War”, is a bold statement of his political ideals, taking aim at George W. Bush and the Iraq and Afghanistan wars. Though much of the album seems cemented in a particular time and place, “Restless Consumer” feels as potent today as it was upon its release. It features amazing lyricism from the singer.

5. “Don’t Be Denied“
The intense track “Don’t Be Denied” is an autobiographical song that wears a path through Young’s entire life. It is one forgotten masterpiece taken from the record. He’s only played the track a handful of times across a couple of decades, but it remains one of his most chilling, poignant songs to date.