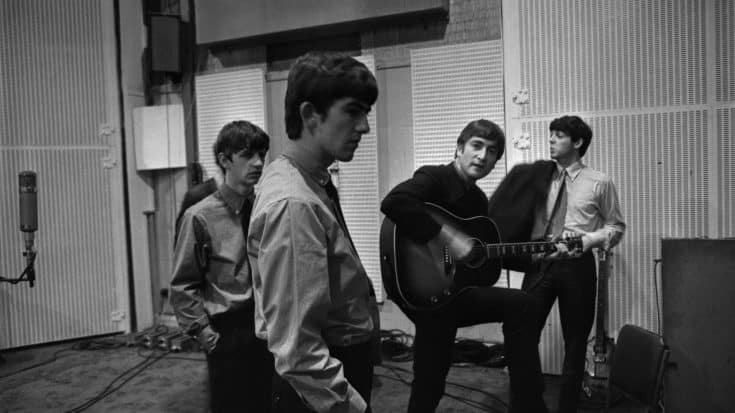 Ringo Starr, George Harrison, John Lennon and Paul McCartney of The Beatles rest between takes in Studio 2 at Abbey Road in London during the recording session for the single 'She Loves You', 1st July 1963. Lennon strums a Gibson J160E guitar and a Neumann microphone is visible on the left. (Photo by Terry O'Neill/Iconic Images/Getty Images)

“Penny Lane” is just one of the many iconic songs of The Beatles. Here are some 5 surprising facts you probably didn’t know about the song, take a look below.

1. Meet me on the Penny Lane
Paul McCartney wrote the song in reference to the bus shelter at the Penny Lane street in Liverpool, where he and John Lennon would meet to catch the bus into the center of the city. After this song was released, street signs on Penny Lane began disappearing, the town had to paint Penny Lane on buildings to avoid theft.

Since then, Penny Lane has evolved as a tourist attraction offering Beatles-themed dining and memorabilia. The barber’s shop mentioned in the song is still there, but most of the other places that show up in the lyric are long gone. The shelter in the middle of the roundabout where the nurse sells the poppies later become a restaurant named Sgt. Pepper’s Bistro, which has since closed.

2. The trumpet and no guitar?
McCartney was watching the BBC when he saw a group called The New Philharmonia perform Bach’s “Brandenburg Concerto #2.” He got the idea to add trumpet after the rest of the song was finished. He asked the group’s trumpet player, Dave Mason, to play on “Penny Lane.” Mason brought nine trumpets to the session, eventually deciding to use a B-flat piccolo trumpet. Mason, who is not the same Dave Mason from the group Traffic, played on a few other Beatles songs, including “A Day In The Life,” “Magical Mystery Tour,” and “All You Need Is Love.”

There is no guitar on “Penny Lane.” Lennon played piano and George Harrison played the conga drum.

The first time The Beatles appeared with facial hair was in the music video for this song. The video shows the band on horseback, trotting around Angel Lane in London and not Penny Lane. During this time, the group had stopped touring, so the only way many fans could see them perform was on music videos like this one. A restored version of the video appears on the 1+ compilation, released in 2015.

4. Swirsky on McCartney
Providing some perspective on this song and the songwriting talents of McCartney, Seth Swirsky, who produced the Beatles documentary Beatles Stories and spent years as a staff songwriter for Chappell Music, told Songfacts:

“He could do so many things, and he could do things that are hard to quantify. Some people might say, ‘Well, I like Hall and Oates as songwriters,’ let’s just say. But they do that 8th note thing where they’re just banging on the piano, like ‘Kiss On My List,’ so you could kind of copy their sound a little bit, or copy their style of writing. Very hard to copy McCartney, because you just don’t come out with ‘Penny Lane,’ where it just changes keys. It’s out of a different kind of brain.”

5. Almost on top
“Penny Lane” was a #1 hit in America, but it didn’t reach the top spot in the UK, where it spent three weeks at #2 in March 1967 behind Engelbert Humperdinck’s “Release Me.” Their previous seven UK singles all hit #1. This and “Strawberry Fields Forever” were intended for Sgt. Pepper’s Lonely Hearts Club Band, but Capitol Records decided to release the two songs as a single.