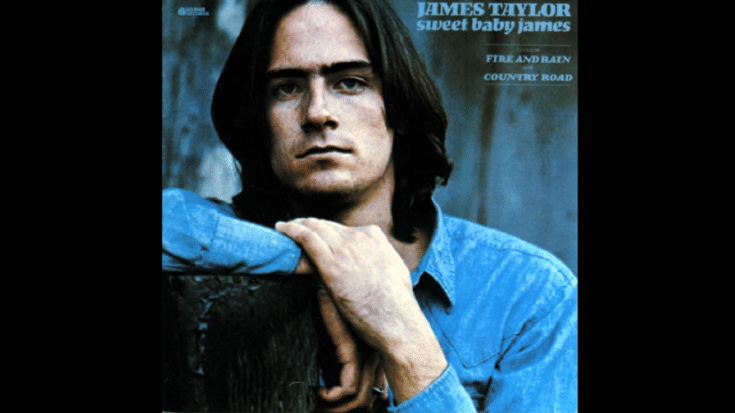 James Taylor’s second studio album “Sweet Baby James” helped him popularize the singer-songwriter movement. Recorded in less than 10 days, Taylor was “essentially homeless” at the time. Some critics weren’t impressed with his effort but at the end of the day, it was a step closer to Taylor becoming a household name. It’s neither groundbreaking nor innovative but it’s an enjoyable listen and doesn’t demand too much attention from the listener.

Here are the five best songs:

It’s inspired by a wooded road near the McLean Hospital where Taylor received treatment for depression. It’s simple and laidback.

It’s a blues parody meant to mock all the pretentious blues bands back then. Taylor said, “There were a lot of white guys playing the blues, college students singing Howlin’ Wolf and Muddy Waters, and it seemed comical to me. “Steamroller” was just meant to be a take-off.”

It has a cheerful melody but the lyrics are pretty heartbreaking. Taylor wrote it while being treated at the Austen Riggs Center.

Taylor told Rolling Stone in 1972: “The first verse is about my reactions to the death of a friend (that would be Suzanne – explained below). The second verse is about my arrival in this country with a monkey on my back, and there Jesus is an expression of my desperation in trying to get through the time when my body was aching and the time was at hand when I had to do it. And the third verse of that song refers to my recuperation in Austin Riggs which lasted about five months.”

It did not chart but it remains as one of his most popular and enduring songs. It’s a soft lullaby he wrote for his brother’s son, also named James.