5 Songs From The Album “Mr. Tambourine Man” That Got Fans Hooked 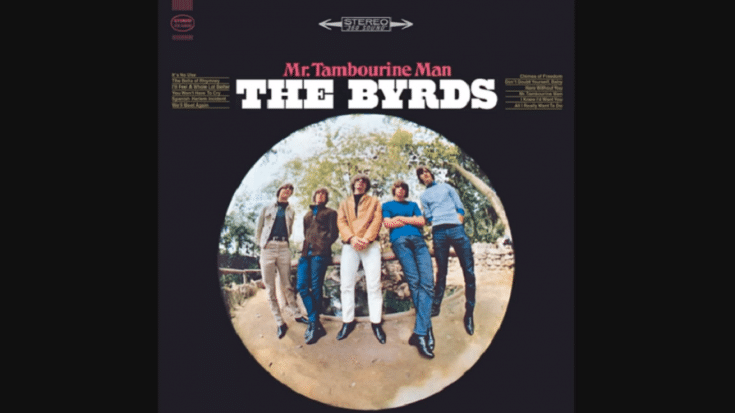 The Byrds announced their arrival into the music scene with “Mr. Tambourine Man.” It was a stunning debut and one that made the band folk rock icons. It’s cohesive and consistent. Even as they covered Bob Dylan tunes, they managed to showcase their own sound and style. It may not be all-original but everything else is top notch. They made a clear statement – they weren’t your average musicians.

The Byrds are undoubtedly one of the finest rock acts to come out of the ’60s. These five tracks are proof:

One of Gene Clark’s finest compositions, he said in an interview: “There was a girlfriend I had known at the time, when we were playing at Ciro’s. It was a weird time in my life because everything was changing so fast and I knew we were becoming popular. This girl was a funny girl, she was kind of a strange little girl and she started bothering me a lot. And I just wrote the song, ‘I’m gonna feel a whole lot better when you’re gone,’ and that’s all it was, but I wrote the whole song within a few minutes.”

This is one of their early songs when they were still known as Jet Set. It’s undoubtedly a highlight of the LP and showcased Clark’s songwriting chops.

A Bob Dylan original, The Byrds added their own flavor to it especially with their beautiful harmonies.

The recording session may have been difficult and full of tension but the song ended up becoming a staple in their live repertoire. It was even part of their setlist at the Monterey Pop Festival in 1967.

Although there are several covers, The Byrds’ version truly stands out. It’s different from the original but it helped with the folk rock movement of the mid-’60s.