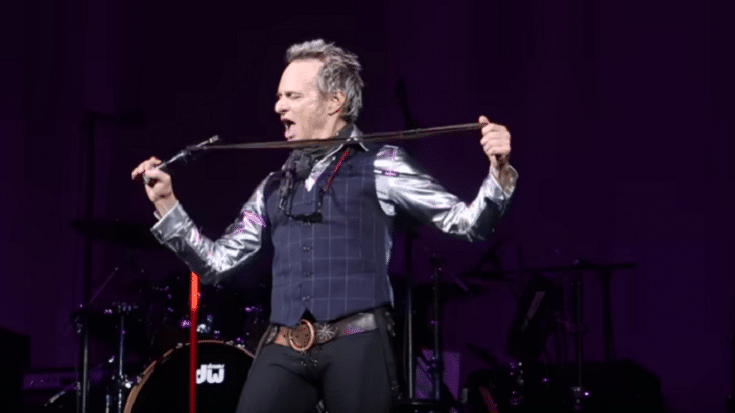 Van Halen is undoubtedly one of the biggest names in rock history. With their classic lineup of Eddie and Alex Van Halen, David Lee Roth, and Michael Anthony, they dropped a stunning self-titled debut album and followed it up with a series of classic hits that further cemented their spot in the rock pantheon. They had their fair share of issues and dramas but what band doesn’t have any? Even long past their heyday, they still make headlines.

Now here are the most recent facts about them.

5. Although there has been no formal announcement of any disbandment, David Lee Roth declared last year that he thinks “Van Halen’s finished” and he “inherited the band de facto – whatever that means.”

4. Diamond Dave might release an album he worked with John 5 back in 2014. In May 2019, John 5 revealed in an interview that he recorded material with Roth in 2014 and it might see the light of day. Roth also said on the Talkin’ Rock With Meltdown podcast, “There’s been a revision of things, and I can start making real plans and start marching into the future. And of course you’ll start hearing that material. This is material that we wrote variously for me solo and for Van Halen, and it’s quite a bank of stuff.”

3. It was reported that Eddie Van Halen has been battling throat cancer for years and flying back and forth to Germany to receive treatment. He even suffered complications from the treatments in November.

2. A Tool fan asked Eddie Van Halen to take a photo of him. EVH and his son Wolfgang were at a Tool concert in Los Angeles when Wolfgang posted the following image with the caption, “A guy asked my dad if he could take a picture of him with the stage behind him, having no idea who he just asked, and that was my favorite moment from the @Tool show last night.”

A guy asked my dad if he could take a picture of him with the stage behind him, having no idea who he just asked, and that was my favorite moment from the @Tool show last night. pic.twitter.com/tA1lywM0yf

1. David Lee Roth has his hands full this 2020. He is opening for KISS’ “End of the Road” tour and he also has a couple of dates for his “Rocks Vegas” Las Vegas residency.