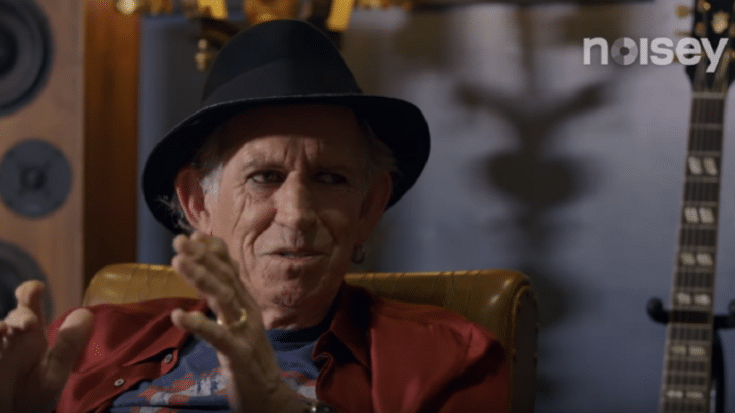 A Life of Excesses

At 76 years old, Keith Richards has seen it all and done it all. His days of debauchery has been well-documented and he never shied away from discussing his rock ‘n roll lifestyle. Long past his glory days, he still finds ways to keep himself busy in between touring with the Rolling Stones.

For the past decade, he kept on making headlines. And so here are his most recent facts.

5. He published a book in 2014 titled “Gus and Me: The Story of My Granddad and My First Guitar.”

Published on September 9, 2014, it tells the story of a young Keith Richards who was taught by his grandfather Theodore Augustus “Gus” Dupree how to play the guitar. It was illustrated by Richards’ daughter, Theodora.

He took over BBC Four for a couple of episodes where he hand-picked programs and even showed never-before-seen footage of the Rolling Stones. The TV schedule he curated included a mix of movies, documentaries, cartoons, old advertisements, comedy shows, and music performances.

In a 2015 interview with New York Daily News, he said: “What rap did that was impressive was to show there are so many tone-deaf people out there. All they need is a drum beat and somebody yelling over it and they’re happy. There’s an enormous market for people who can’t tell one note from another.”

On December 2018, Richards told Rolling Stone that it’s been a year since he cut back on his drinking. He shared, “I pulled the plug on it. I got fed up with it.” He did admit that he still enjoys “a glass of wine occasionally, and a beer.”

In a recent interview with Jim Kerr of New York’s Q104.3, he revealed that he quit cigarettes since October. He said, “Done that, been there.” He also added, “I think both Mick and I felt that on the last tour we were just getting going. [We]’ve got to continue this.”