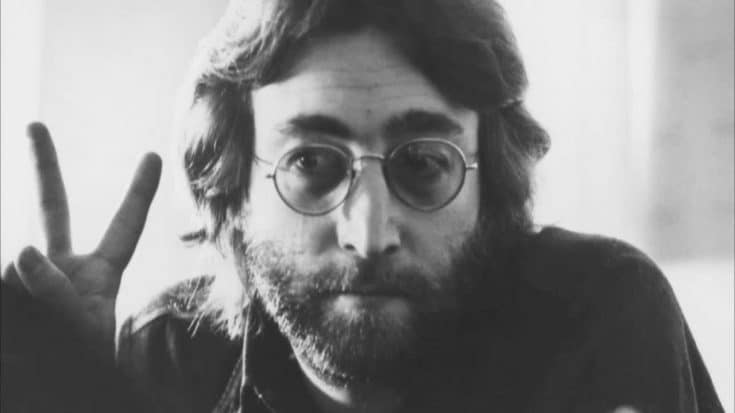 John Lennon was always sassy and straightforward. He wasn’t one to stop and think about other people’s opinions, he said what’s on his mind – and that attitude got him in trouble a few times too. So let’s take a look back at some of his most controversial interviews.

The host asked about a photo that Lennon and Yoko Ono sent him. It said, “Love + Peace = Bagism”. So Lennon proceeded to explain what the term meant.

“And we all sort of come out and look at each other every now and then, but we don’t communicate. We all intellectualise about how there is no barrier between art, music, poetry,” he added. “But we’re still all – ‘I’m a rock and roller’, ‘He’s a poet’. So we just came up with the word so you would ask us what bagism is – And we’d say we’re all in a bag, baby!”

In this interview, Lennon answered the million-dollar question of whether Ono caused the Beatles disbandment or not. He said, “If she took [the Beatles] apart, can we please give her credit for all the nice music that George made and Ringo made and Paul made and I’ve made since they broke up, if she did it?”

The couple’s second appearance on The Dick Cavett Show was way more tense than the first. This time, Lennon accused FBI of monitoring his activities and putting him under surveillance. Clearly, it wasn’t a joke because the host immediately and uncomfortably moved on to something else. The audience didn’t believe him because it seemed farfetched at the time. But as it turned out, Lennon was right and he had files in the FBI because of his anti-war beliefs and left-​leaning politics.

This is particularly memorable because Lennon used the interview to apologize to Allen Klein after he fired him as his manager. In the show, Lennon explained how he arrived at the decision.

“Well, there were many reasons to finally give him the push,” Lennon said. “Although I don’t want to go into the details of it, let’s say that possibly Paul’s suspicions were right, and the time was right.”

“My position has always been the devil in the deep blue sea,” he added, “and at the time, I do whatever I feel is right.”

Lennon looked back at his time with The Beatles and their music.

“People have always been trying to stamp out rock ‘n’ roll since it started,” he explained. “I always thought that it’s because it came from black music, and the words had a lot of double entendre in the early days.”

“It was all this ‘our nice white kids are gonna go crazy moving their bodies’, y’now the music got to your body,” he continued, “and The Beatles just carried it a bit further, made it a bit more white, even more than Elvis did because we were English.”