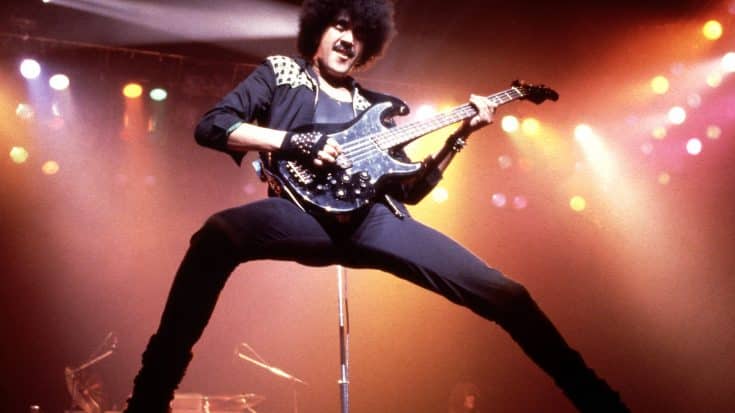 Thin Lizzy‘s iconic hit “The Boys Are Back In Town” was full of character. We list down 5 interesting facts about the song below,

1. “The Boys Are Back In Town” saved the boys of Thin Lizzy
After the 1972 huge hit of their rendition of “Whiskey In The Jar”, the band wasn’t able to follow it with another banger. They were in debt and their label, Phonogram, was ready to drop them. Then Phil Lynott wrote “The Boys Are Back In Town” and released it as their first single on their 1976 Jailbreak album.

It gave them the hit they needed and established them in America. After the success of the song, their next few albums were solid sellers, especially in the UK.

2. The song went mainstream and was used in ads

Over the years, “The Boys Are Back In Town” was used in a number of TV commercials, including Chase credit cards, and Applebee’s.

3. It was used in films and TV series

Here’s a clip from the American Dad episode where the characters performed the song.

4. Other artists cover the song

On August 20 2005, Gary Moore performed his rendition of “The Boys Are Back In Town” with the rest of the members of Thin Lizzy to pay tribute to the late Phil Lynott.

The core band of Moore, Jethro Tull bass player Jonathan Noyce and Thin Lizzy’s one and only drummer Brian Downey were joined by the stellar guitar talents of Brian Robertson, Scott Gorham and Eric Bell for a set of Lizzy and Gary Moore classics.

5. “The Boys Are Back In Town” wasn’t supposed to be on Jailbreak

Originally, Thin Lizzy didn’t want for the song to be included on the Jailbreak album and they were surprised when it became their breakthrough hit. Guitarist Scott Gorham recalled to Classic Rock:

“We were playing in some club in the US when our manager came in and said, ‘Well, looks like we’ve got a hit.’ We were like, ‘Which song?’ Seriously, we didn’t have any idea at all which song it was that had taken off for us.”
“To tell you the truth, we weren’t initially going to put ‘The Boys Are Back In Town’ on the Jailbreak album at all,” he continued. “Back then you picked 10 songs and went with those because of the time restrictions of vinyl.”
“We recorded 15 songs, and of the 10 we picked, that wasn’t one of them,” Gorham added. “But then the management heard it and said, ‘No, there’s something really good about this song.’ Although back then, it didn’t yet have the twin guitar parts on it.”