5 Behind The Scenes Facts About Joni Mitchell’s “River” 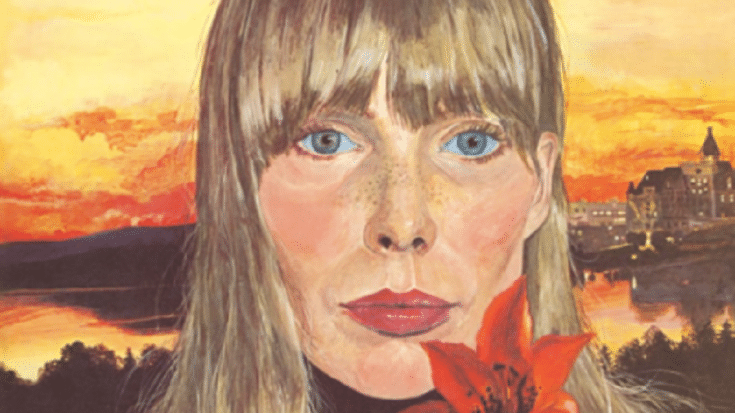 Joni Mitchell’s “River” is one of her most iconic songs. It has some interesting facts behind it, here’s five of them:

“Then I’m gonna quit this crazy scene / I wish I had a river I could skate away on.”

Joni Mitchell wrote the song at the start of 1970 when her relationship with her boyfriend Graham Nash was falling apart. She took a trip to Europe and went to Crete, Greece where she sent Nash a telegram to breaking up with him. On the lyrics, Mitchell was blaming herself for the trouble in their romance,

“It took me a while to listen to Blue again after the first time because there’s two or three songs on there that I’m part of, and ‘River’ is a beautiful, beautiful song: ‘I wish I had a river I could skate away on.’ When Joni and I were breaking up, we both knew it was going to be difficult. We both loved each other tremendously. We had spent a couple of years lighting up rooms when we walked in. It was painful. It took me a while before I could re-listen to Blue.”

2. It became a Christmas song

The song starts with an idea of a holiday season, with piano keys that borrows the tune of “Jingle Bells” adding to its festive feel. Though we all know now that it is actually a Christmas song that isn’t about Christmas, it has been covered by numerous artists on holiday albums.

In fact, “River” is the second-most-widely recorded song in Mitchell’s album “Both Sides Now.” Some of the famous renditions were from Barry Manilow (in 2002), Sarah McLachlan (in 2006) and James Taylor (also in 2006). McLachlan’s version peaked at #71 on the Hot 100.

The English singer released her rendition of the song exclusively on Amazon Music in 2019. Her version is accompanied by David Soutar who directed the video, which highlights the excessive use and disposal of single-use plastic.

It was filmed along the UK coastline near Dungeness showing Goulding and her friends gathering beach litter and recycled objects to make a zero-waste Christmas tree.

4. “River” was used in films and series multiple times

In the 2003 movie Love Actually, “River” appears in a scene where Alan Rickman’s character Harry asks his wife Karen (Emma Thompson) what music they’re listening to. Later in the film, Karen opens his Christmas gift to discover it’s a Joni Mitchell CD, and not the jewelry she found hidden, confirming her suspicions that Harry is keeping a mistress.

It served as a tribute to Mitchell’s creativity side as a painter. The video shows the cartoon singer looking out over a frozen mass of water, then later skating over the iced river before it cracks and turns to a branch growing in a dark sky.