5 Guitar Solos Only Ritchie Blackmore Can Do 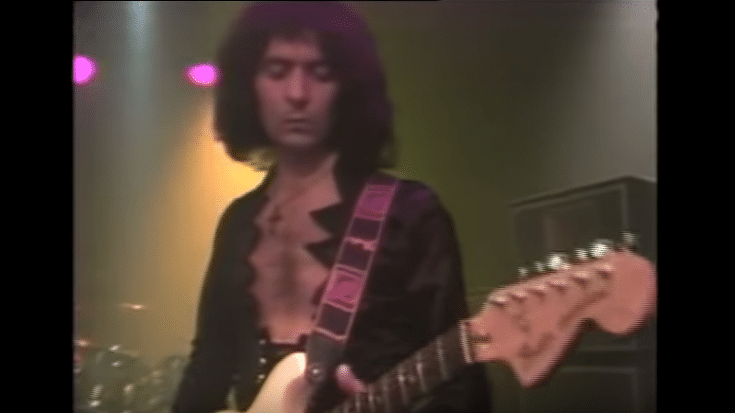 Ritchie Blackmore is a guitar legend. He is the co-founder of Deep Purple and he also established Rainbow. His background in classical music made his playing more distinctive and unique. With Rainbow, he fused elements of baroque music and hard rock. And while he has also written some of the most memorable and influential riffs, most people gravitate more towards his guitar solos.

So here are his best five.

It’s a slow burn. It’s not until the five-minute mark when Blackmore finally launches into a fiery and electrifying guitar solo. It builds up slowly since the whole track clocks in at seven minutes. It’s hypnotic from the start until it explodes towards the end.

Only one word to describe his solo in this musical masterpiece – blistering. He tore through it like it’s nobody’s business. The musicianship is top notch and everyone delivered the goods.

One of Blackmore’s greatest guitar works. The opening solo alone quite possibly inspired countless people to pick up their guitars. It’s intense and glorious. Guitar World readers even voted it as the 74th greatest guitar solo of all time.

Speaking about his solo, Blackmore said: “I wrote that out note for note about a week before we recorded it. And that is one of the only times I have ever done that. I wanted it to sound like someone driving in a fast car, for it to be one of those songs you would listen to while speeding. And I wanted a very definite Bach sound, which is why I wrote it out—and why I played those very rigid arpeggios across that very familiar Bach progression—Dm, Gm, Cmaj, Amaj. I believe that I was the first person to do that so obviously on the guitar, and I believe that that’s why it stood out and why people have enjoyed it so much.”

Picking just one absolute best guitar solo by Ritchie Blackmore is no mean feat. There’s a reason why he’s a guitar deity and while many have tried, no one does it like him. Just check out his work here – that killer solo is something else.